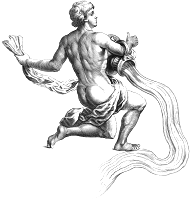 Well, as we get to know our new President Elect it is interesting to watch when actions take place under his leadership. I learned today (thanks to a posting by Nester on Molly's Nodeorama) that yesterday Obama took action on something while the Moon was in Aquarius and in his First house (which is the house of Self). Just a reminder, the first house is what you present to the world. When the Moon is traveling through your first house you can find it to be an active time for you or a time of unrest. It feels more personal. You just feel compelled often to just do something.
In President-Elect Obama's case, he launched a new website.

Barack Obama Launches A New Website - change.gov
Barack Obama seems
to
be keeping his promise of change, starting with a website. Today the site change.gov was launched.
The site is an open
platform, that hopes to engage the American people in
the governmental process.

A perfect example of how his Aquarius Ascendent with the Moon in Aquarius is
reaching out to America (which also has moon in Aquarius). It will be
interesting to see what else he does when the moon crosses his first next
month.