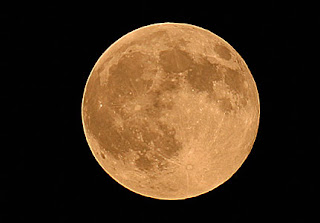 Well, how about a nice fat earthbound Full Moon in Taurus? I don't know about you but I am craving something grounded, even if it is a bit tense, I just sometimes want something so rooted that it traps me. And this is what we'll get with The Full Moon energy on Monday. The Sun in Scorpio is demanded regeneration. "Die and Reborn, you poor mortal slob."
But at the same time the Moon in Taurus is holding on for dear life (Taurus is NOT a sign that likes change).
This is just that pain in the ass Full Moon that tells us we need to shed in order to grow but we hate it (The next one is six months from now.) However there is a little something extra with this Full Moon which is a big ol' square with Mars in Leo. There will be a line of Divas around the block demanding that we serve them.
I think there will be an energy suck getting all the attention. I am kind of surprised that Kooky Family with the balloon boy (who actually should be called Attic Boy) didn't activate their hoax during this full moon given the Mars Square Moon, Square Sun. But actually if they did we would be way more Pissed off than we were last month. It is a bitchy aspect.
If you are going to get into it with anyone be prepared to pay for it for awhile. Things that take place now we be remembered for a long time.
There is also a shitty aspect between Uranus, Mars and Mercury that is troubling. Mercury likes to talk, talk, talk... Mars wants action that is all EGO driven and then the one who is going to go berserk is Uranus. This is not good since Uranus is already crazy. Watch the kooks in your life. They will suck you into some experience and you may find yourself doing all the work (Mars Leo) and your brain goes crazy trying to figure out how you played it so wrong. "How did this end up on my docket?????" Don't sweat it too much. Just blame the karma Gods. Sometimes you gotta burn stuff off. This is that week.
Burn baby Burn
Posted by Tracy at 9:00 PM