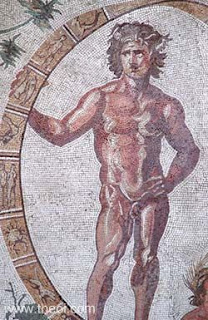 Uranus which has been retrograde for the last six months will turn direct on December 1. Uranus rules revolutions and rebels. It is only about one thing C*H*A*N*G*E.
It likes to communicate but it must do it on a higher frequency. It rules television and the internet. It can speak to the masses beautifully. It is the one-on- one that it short circuits. And now in this cycle where the universe is demanding we find out personal empowerment but at the same time give up stuff and stretch for the group, Uranus is going to go direct. Boys and girls, we must shake off our fear. Even if we don’t make the changes now, we will soon enough and Uranus is going to help. Because you see, once Uranus goes direct it is going to start heading for Aries. Ever since 2003 Uranus has been in Pisces.
But once it turns direct on Tuesday it is heading for Aries and that is a completely different environment. It won’t get there until June but it will start to feel different as soon as it turns direct. It is heading for a place where “I” comes first. Aries are all about themselves and that is okay. How interesting that we are being pushed this month to find this balance between resources and group and at the same time Uranus is leaving the sign of compassion and mystery and heading for personal vision. It is all about number one. And of course once it hits the early degrees of Aries it is going to lock up with the cardinal crosses between five other planets next summer. Perhaps the pressure we are feeling this cycle will help us later next summer. Whatever this energy brings will also be quite unexpected.
If you need a little bit more information---Uranus is turning direct at 23 degrees of Pisces.
Where does that fit in your chart? Is it your first house of Personal Identity? How about your 2nd house of resources and properties? 7th house of relationships?
Wherever it hits prepare for some changes. Remember, Uranus knows it is in the final days of Pisces so he might have some work for you. ........and Me!
Posted by Tracy at 5:32 PM