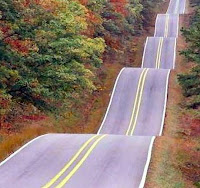 I'm getting to this post late (had hoped to have posted yesterday) but nonetheless, we are in a bit of a bumpy cycle starting today, June 19th. At 9:18am the Sun squares Saturn This is crunchy aspect. Tension, rough stuff comes up, differences of opinion (no kidding with Gemini and Virgo in the mix). Cranky and a bit twisted energy. We get some softening in the evening at 8:21p with a lovely gentle aspect between Sun trine Neptune. This is a nice perk, spirit moves in guiding us in ways that we could need. Inspired by the muses for sure but perhaps just inspired by anything.

On Monday June 20th, the Sun enters Cancer on Summer solstice at 7:29am. The chart for the solstice is tough in that the sun squares Jupiter and squares Uranus (exact at 8:27pm) in Aries and still is squaring Saturn in Virgo (from Saturday). This is part of the cardinal cross energy we are experiencing this summer. Yes, the center of the crosses is in July and August but this patch of aspects during this week including the Solstice are tense. Crisis will be pronounced. Without bogging you too far down in astrotalk, consider the Sun like a scout, he is going off before the others get there taking temperatures, watching for enemy incoming attacks, taking hits for the team before the team gets there---Watch what comes up this week in the world and what comes up in you personally and consider this may be part of energies you will have to work out further in July and August.

On Wednesday, June 23 The Sun squares Jupiter exact at 9:21am. More of that same tension from earlier in the week. Opinions will be loud. Righteousness and fighting words. Family versus breaking free. Tensions and crisis continue as people want to be liberated versus wanting to protect what they have.

On Friday June 25 the Sun will oppose Pluto. This is our second pass of Sun opposed Pluto since Pluto's move into Capricorn in 2008. It is hard to separate this energy for the tension and crises of this whole week. Family versus career. Public versus private. Tribal versus big community. Corporate versus home. Food issues. Crisis perhaps later followed by breakthrough.

Then on Saturday June 26 we have a big fat Lunar eclipse. More on that later in the week.
Posted by Tracy at 7:34 PM