A peek at the week 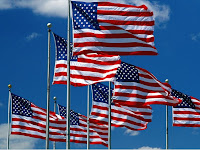 On Flag Day Monday (6/14) Venus moves into hotly dramatic Leo. Values of strength, courage, bravery, valor with a little bravado and a lot of theater will be showcased. See how the energy shifts this day especially since as soon as Venus moves into Leo it gets a slap on the back from crazy Uranus who says, "I've got you covered." Expect someone to get out in front and be brave about something.

On Tuesday Venus will make a trine with Jupiter which will definitely be felt on wall street. Truly an inflationary moment to say the least.

And Mars trines Pluto in the morning of Tuesday which will be felt most of this week. When those two get together and face the world, they mean business which is the right word when talking about Virgo and Capricorn. I think there will be a real move out there by someone perhaps a real leader in business who presents a solution, guidance in some important area. It will get noted by many.

On Thursday June 17 there is a snarky aspect between Venus and Pluto which will push relationships and money a wee bit.

Saturday begins a rocky period with the Sun but we'll talk about that later.
Posted by Tracy at 3:17 PM