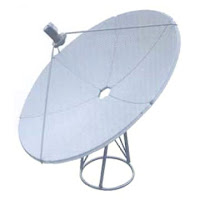 On Sunday besides blessed change of direction by Mercury (see other post) we will have a nice aspect between Venus and Pluto. Great time to find your inner resources. Your strength can be accessed effortlessly. Any insights regarding your money or investments that come to you today could be worth a follow up. Socially, you may run into someone who could be helpful.

On Tuesday September 14 at 12:37am (EDT) Pluto will turn direct at 3 degrees of Capricorn. Pluto spends half the year in retrograde every year so when it turns retro or direct it is not an extraoridinary event. However, in the case of Pluto in 2011 - 2015 we will have Pluto direct moves in tension with the other cardinal planets. We are a bit fortunate that Uranus has moved out of Aries, a cardinal sign, and into mutable Pisces so the tension is not nearly as strong. It is still in effect but not as treacherous (think dental surgery but at least we have novacaine).

From the new moon article:


Back in April Pluto turned retrograde at 6 degrees so as you can see it only moved three degrees but what a powerful three degrees. In that time, BP sprung a leak and we all had to take a look at our oil consumption. And if we gave it no mind then we had to look at the work load on our desks that seemed to increase two fold while the value of our assets decreased. For those of us who know astrology we knew it was not about politics. In the USA, it was not whether a democrat, republican or a giant radish was in power. Pluto’s move through Capricorn was going to bring out the worst before the better no matter what political group was in leadership.

Personally, we have to look at how Pluto is empowering us. And if you know your chart it would serve you to see which house has early degrees of Capricorn. Early degree Capricorn in your 7th house? How are your relationships? Does it feel like a nuclear bomb went off in your marriage? How about eighth house are you feeling the drastic moves in your sex life or have your legal entanglements turned into a giant mess? How about the fourth house, is your home life and family a complete mess? But remember any disruptions are only stripping away the stuff that keeps us from having an authentic life. Pluto transforms from the inside out. It demands a change. Not a superficial change but a real change from our bones and guts. How perfect that Pluto’s direct motion will take place during Virgo demanding we pay attention to details. Details that in an earlier time we might have missed. Now, feeling raw we know that details must not be overlooked. Secrets may get revealed once Pluto goes direct and of course the upcoming squares between Pluto and Uranus between 2011 –2015 will crank up even more changes, both personally and globally. The work we do now could be very helpful then.
Posted by Tracy at 4:54 PM