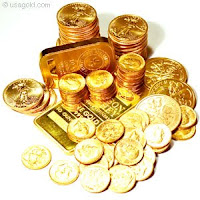 This week and yes it is only Tuesday, Gold and Silver hit all time highs--twice. Gold closed (US markets) at $1310 and silver at $22

Interestingly, Sun opposed Jupiter today and Sun Opposed Uranus. Gold is associated with the Sun (no surprise) and Jupiter is associated with 'inflation.' I do not use that word with a big "I" as in Inflationary Market. I use it as in---"to pump up". Jupiter will inflate anything from a waistline to a friendship circle. It just comes in contact and throws its weight around. But what about Uranus? Uranus is the unusual. Uranus is the oddball. And this might have something to do with silver market? As those who follow the metals market know, Silver moves very slowly. In fact it would be a big day if silver went up 25 cents in one day. That would be HUGE news. But in the last two weeks it crossed $20 which was the highest since 1980 and in that amount of time it moved another two bucks. This is weird.

We are certainly still feeling Jupiter's conjunction with Uranus (9/18) which ties with the activity of both metals.

My guess is that there will probably be a pull back on Thursday when the Sun conjuncts Saturn. However, if the price does not retreat, then this would be indicative of a market that is VERY concerned about national currencies. I know you are nodding your head saying, "no shit, sherlock."
Posted by Tracy at 8:23 PM