And then there is Uranus 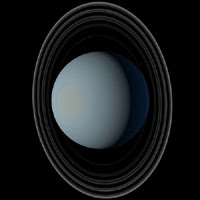 For those who did not read the Cancer New Moon report......


On July 9, Uranus will begin its annual shift and turn retrograde. This is the first time Uranus will retrograde in Aries and stay in Aries ---in eighty years. Last summer it retrograded out of Aries and into Pisces. When it went backwards last summer we went from feeling energized (some cases pissed off) to feeling a need for a spiritual connection. Perhaps we even justified the actions of others (who were lame) as important spiritual messages to us. Did we defend the indefensible? Perhaps. But now we will not be inclined to get Pollyanna-ish. Uranus will stoke our fire the entire retrograde (ending in December) and it won’t always be easy.

Going back to Pluto for a minute, we have discussed the relationship between Uranus and Pluto quite a bit but for clarification—Uranus is in zone of square with Pluto this summer. This battle between these two has just begun and has a long way to go before getting resolved (if that is even possible). Giving the aspect a one degree orb:


Do you see those dates? That is a long window of action and my guess is that the shot from the bow will occur this summer with a likelihood of July being number one hotspot. Again, I feel that a lot of this is going to be financial in nature. As of this writing in the USA we are going to end QE2 the day before the New Moon. We can no longer print money. At first glance that would seem helpful as a hedge against inflation but in the times we live we need to define ‘help’ because like the famous line of movie dialogue, “It’s Chinatown, Jake.” Meaning you think you are rescuing someone but maybe you are helping an even bigger enemy.

We have QE2 ending, then the first week of August, Congress has to raise the debt ceiling (or try to do it) and then at the end of September Jumbo loans will be lowered impacting real estate especially in cities. This is a lot moving parts in an already weakened financial market. One of them could freeze the others and god knows what happens. I don’t write this to scare anyone because remember I am in this mess too! I’m just pointing out that Pluto in Capricorn is overhauling our infrastructure, government and businesses and Uranus in Aries is plowing over anything that is in his way. What do you do when Andrew Carnegie meets General Sherman? Or for a 21st century take; what do you do when Bill Gates meets Hugo Chavez? Not an easy fit, is it?
Posted by Tracy at 10:07 PM