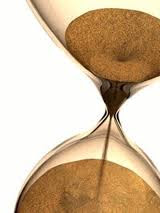 As you all know I wrote back on new moon that this cancer cycle would be all about Money Talk. Everywhere we turn someone is bringing up some kind of expense or costs in general. And above all, the financial crashing sound has been the Debt Ceiling...will it be raised or not. For years it has been a no brainer deal just signed by congress and then they move on to the next issue. But NOT this year. You can't have this much angst from Pluto in Cap, Saturn in Libra, Uranus in Aries and a Cancer New Moon without a bitch session.

And so will it happen? Probably. But not without a lot of pain. And even if it does pass there may still be fall out. In the same way a company tries a hostil takeover of another company. Even if they don't succeed the hostility of the act can weaken the stock of the company. How weak will the US look when this is over?

Over at Ray Merriman's sight he brings up his own thoughts.


But let’s assume an agreement is not forthcoming by July 31. The next aspect is the Sun in the proud (and sometimes arrogant) sign of Leo, square Jupiter (exaggeration again) in Taurus, the money sign. Whatever concerns were present on July 31 are doubled on August 1: joy or hysteria? But then on August 2, the “due date,” Mercury starts its retrograde motion, which lasts through August 26. That is a time to pause, reflect, research, and discuss options so that you fully understand what you are doing. If decisions are made under Mercury retrograde, it is not long before they have to be modified under the excuse that “”We didn’t understand – we weren’t properly informed of - what was involved!”

And from there it doesn’t get any easier. On August 9, Mars will first square Uranus, and then the next day it will be in opposition to Pluto. That is, the god of war mates with the gods of chaos and destruction. Hopefully they will produce a child of renewal and not a pile of ashes... as in the potential form taken on by paper currencies and treasuries if a solution to the debt ceiling is not achieved. But ever the optimist (yes, I am a different kind of Capricorn), there will likely be a resolution, albeit temporary, within two weeks of this time.
Posted by Tracy at 8:14 PM