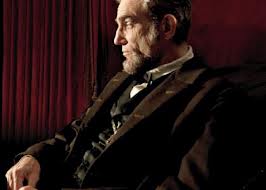 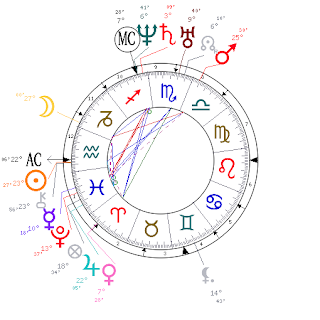 
With one convention down and another convention about to commence I have been thinking a lot about Presidents.   And since we certainly have a lot of Aquarius energy out there in politics of late I've been thinking about arguably our greatest Aquarius Presidents: Abraham Lincoln.    Rebel?  Visionary?  Iconoclast?   Team player?   Yes.


Much has been written about Abraham Lincoln’s astrology chart.   Google and you’ll find plenty. Here's a decent write up on Astrotheme.
What we know is that he had an Aquarius Sun, Moon in Capricorn and Aquarius Rising.


Moon in Capricorn can be both down to earth and lofty.  “High ideals” are often the engine that drives a Moon in Cap.    It can be cold or removed but only because there is much work for them to do this lifetime.   They often are born insecure, (although they may appear snotty when they are young) but wherever they feel weak they build upon it and build upon it until their detriment becomes their greatest asset.   In Lincoln’s case his Moon in Cap squared Mars in Libra and gawd knows he had relationship issues.  Hello, Mary Todd.        And at a time when most of America was country bumpkins, Lincoln double downed in countrybumpkin-ish.    Born in a one room log cabin (truly) Lincoln had little formal education as a child.   His mother died when he is 9, his father moved the family several times, he gets a stepmother and step siblings and poverty abounds.    Eventually, Lincoln pulls himself up, educates himself and steps into the politics early…never losing sight of where he came from, “a country boy”.    Take a look at his history and you’ll see the Cap and the Aquarius all over the place.

At the same time I was thinking about Lincoln I have been bumping into stories about the new movie  based on Doris Kearns Goodwin’sbook, “ Team of Rivals: The Political Genius of Abraham Lincoln”


The genius to Lincoln, is that this country bumpkin President had the wisdom and  (well earned) security to build a cabinet full of people who fought with him, fought with each other,  basically just fought. And it was that cabinet, full of tensions (arguably rivaling our 21st century issues) would  shepherd a nation through a civil war, dismantle slavery and reconstruct the nation.


In November, the movie directed by Stephen Spielberg (Sag) will be released and I for one am very excited (yes that would be my Moon in Cancer).    Playing Lincoln is Daniel Day Lewis.  I LOVE DDL and all his crazy moody staying in character while he shoots a film...love it and think he’ll be fantastic.   Perhaps his Taurus Sun will receive an Oscar for the role; you just never know what Pluto in Cap can bring to our little Taurus friends.


Ulysses S. Grant is played by Jared Harris.  Yes, that's right, Lane Pryce from Mad Men will be chomping cigars and drinking whiskey enough to make Don Draper look like a lightweight.   Take a read.
And if there was not enough heavy weight in the casting, let's throw in Sally Field as Mary Todd Lincoln.


When I plug in Lincoln’s chart I see that there is a snarky aspect between Jupiter and his Venus when the movie is released.  Perhaps it won’t make a lot of money on its opening weekend?  Maybe mixed reviews?    But in December I see Saturn on top of North Node.  If the film is as good as it promises, I think it will begin to get traction in December and then in January, Saturn is on top of Lincoln’s Uranus along with Saturn trine Mercury, so close to the Oscar Nomination dates,  I gotta say I think there will be a few.