Uranus and The Unusual 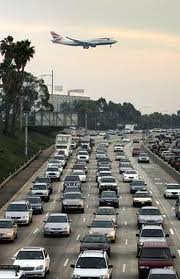 This Friday there will be a lot of action in the skies that will have a lot of people looking up.

The space shuttle Endeavor will be arriving in the Los Angeles for what will be its final landing and home.   The Endeavor is on my radar because my son loves airplanes and this is a big magillah in his life so I am making my own plans for how we should observe it.    The interesting thing is that the shuttle will be traveling over various parts of the Los Angeles/Orange County basin.    From Disneyland, to Malibu, JPL, Universal Studios and the Queen Mary, it is going everywhere and it will be low.  Only about 1500 feet high and loud.

As I thought about this flight and the cuckoo corners it will be passing I could not help but think about the people who will have no idea that the shuttle is coming to town.
There will be some person sitting at a cafe in Hollywood and will hear a tremendous roar and look up and will see the space shuttle  zooming by.  There will be some person walking on the beach in Malibu and off to their side will be the shuttle winging past them or the person out for a morning hike in Griffith park will suddenly look up and see this remarkable sight.

And probably the people I think the most about are the people who will be on the 405 freeway.   As you can see from the photo, the 405 freeway is adjacent to LAX.    When planes land from the east they come in about 300 feet above the traffic.    For most people who commute regularly on the road they don't think much of it.  But on Friday it will be a sight but who it impacts and who it does not will have to do with Uranus.

For people who are getting an aspect by Uranus, they will I believe see the sight and be engaged.
The same for those people who are having planets aspect their natal Uranus, they too will be swept up with the visual.    Or if it is not Uranus then people who have planets in Aquarius getting a goofy aspect will probably gasp as they yell out to themselves if they are even alone in the car, "Omg, look at that thing!"

But undoubtedly there will be people driving on the 405 paying no attention to the aircraft, probably talking on the phone or listening to the radio and the Endeavor flying over will not register on them one iota.   They either won't see it or if they do they will be nonplussed.   And I would suggest they are getting no aspect from Uranus or their natal Uranus.   Nothing in Aquarius being activated.  It will simply be the same planet but different universe to them.    Driving along without a notice of anything unusual.

The same goes for the people at all the other locations, I think this novel event is all Uranus.

In my case, I have Mercury in Capricorn getting the hit from both Uranus and Pluto so no surprise I have my radar on Endeavor.   In the case of my son he is in a building aspect that will be exact in a week or two of Uranus oppose his Midheaven.   I am sure this will have a lasting impression on him for years to come and perhaps inspire something that may influence his career.    Maybe designing ear muffs since the 747 is loud enough I can only imagine what it sounds like at 1500 feet.