MadOff with the Cash 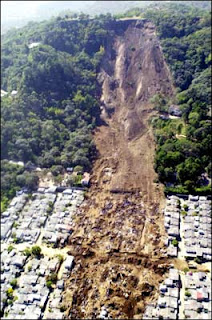 
Even if a person only knew a tiny bit about astrology, they would know that Bernard Madoff is a poster boy for PLUTO in CAPRICORN.

Remember Pluto moved into Capricorn the last week of November and it will remain in Capricorn until 2023. But as I mentioned before, when Pluto changes signs-- watch out, because it knows how to get our attention. One week after it went into Sag we got the OJ trial. And yes, this is a bit slower, but two weeks after it went into Capricorn we got Bernie Madoff. It is my opinion that Madoff will be the first of many to fall in front of our eyes for the next dozen years.

They will not all be part of a high stake Ponzi scheme but they will all be frauds. This is the curse or the blessing of Pluto as it moves through a sign. It will find the weakest link of any chain and it will destroy it and certainly frauds are an acutely soft metal. Apply a bit of pressure and they snap.

It turns out Madoff was turned in by his sons, well, maybe not exactly turned in by them but apparently he told his sons that he had defrauded their clients and then they told their lawyer who then turned in the dad. It is enough for this astrologer to scratch her head in bemusement when you consider that we are still experiencing the opposition between Saturn in Virgo and Uranus in Pisces. In the Greek Myth of Saturn and Uranus-- Saturn, the son of Uranus, cut off the ding dongs of Uranus and threw them into the sea. Perhaps, Mr. Madoff would have preferred Mark and Andrew Madoff cutting off his Johnson than dialing their lawyer.

Anyway, the salient point to this discussion is that Pluto destroys anything weak and in this case-- fakes and frauds are weak. And since Pluto is in Capricorn it will be going where Capricorns hang out the most ----that would be the top of the mountain. Expect Pluto to hang out in the top of any field, find the weakness, shake it up and bam, “Landslide ahead!” I expect we will see a lot more people at the “top of their game” come way down to Earth. Unfortunately they will take a lot of innocent bystanders along the way. Yes, some of them will not be as innocent as they appear but many are truly victims. Remember with Saturn in Virgo and Uranus in Pisces--Virgo the planet of hard work and Pisces the sign of altruism. Is it any surprise that many of the injured in the Madoff landslide are hard working charities? Sigh.

Anyway, I would strongly avoid anyone who seems to know it all and have it all figure out. They could be next!

Note to self: Stay low and avoid the Pluto Radar.
Posted by Tracy at 9:19 PM