Not a retrograde planet anywhere to be found! 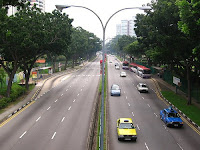 On Thanksgiving morning (US time) Uranus went direct in the sign Pisces. I mentioned it both in my Scorpio New Moon and Sag New Moon articles which can be found: Here . But one thing that I didn't point out in detail was that once Uranus straightened up and flew right it set up a enviroment that does not come up often. We currently have NO--- count it, NO planets in retrograde!

That's is correct, every planet is zooming ahead doing its thing the way it wants, without a care in the world. And it will remain this way until December 31, when Saturn, slows down and retrogrades. But until that point everyone is guns a blazin'. I have to say it took me a moment to get my vibe on this phenomenon and I had a hard time separating it from some of the stronger aspects which are also taking place (e.g. Uranus oppose Saturn) but now, almost one week later processing these enviroment --I am very confident when I say, "Get out of the way, everyone is showing their true colors!" I don't know if I can even explain it all astrologically, but it seems to me that those people who are Saturnian in nature are so Saturnian right now. For example, I have Saturn conjunct my Sun. Even though I am a Sagittarian and prone to all the Sag exhurbance, I am still very centered, reserved in many ways and very, very Saturnian. And in the last week, I am feeling Saturn's direct energy very clearly. My list of responsibilities is endless. And just when I think I have accomplished everything on my "to-do" list, someone goes and hands me something else! If it needs to be handled and it needs to be handled by someone who takes responsibilities seriously, well it is being handed to me. I feel like my natal Saturn is talking to transiting Saturn saying, "I got your back, baby! Give it to me!"

At the same time, I have seen some people who are very, very Uranian. Eccentric, sure, perhaps even odd, but in the last few days they have kind of crossed into that other Uranian word--"crazy!" Oh, my goodness I saw one person do some stuff that was so wacked, I thought, "Well, there is some crazy Uranian energy blasting through!"

I am also seeing some Mars energy show up. Those people who I find very energetic. Those who are "on it, doggone it", the type that don't let moss grow on their feet, very Marslike well, they are starting to kick it up and are looking for a good ol' fashion fight. Swearing like a drunk soldier these personalities don't give a shit what they say! It is all Mars to me.

I have not yet personally came across Neptunian and Jupiter energy full throttle but then, this cycle is still young and I am confident I will see someone in my world completely be full of themselves who shoot off their mouth and claim something is right and true and everyone is wrong and then I will know.. "Oh, there is Jupiter" .. As for Neptune, that will be easy to find. They are the ones who need the designated driver. Anyway, I think my point is, that if you find yourself more pointed in a direction than usual and find yourself just really digging in about something, I would suggest that this window where all planets are going direct moving through the signs as fast as they can are activating energies in you. And maybe, one of them is a bit more stronger than the others, calling you. See what comes up between now and December 31st. I think you'll find your inner compass pulling you somewhere.
Posted by Tracy at 8:54 PM