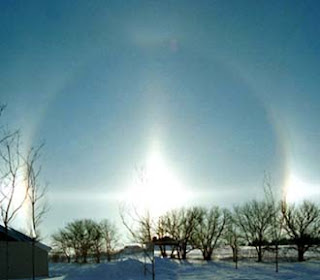 And so it is, the first day of Winter begins today at 7:03am (EST). A journey that started in June when each day the light shortened by a smidge has ended. Tonight the sun will set at its earliest and the cold night air will be the longest. For many people it is simply a line on their calendar “Winter begins”. But the truth is that the traditions around this event are broader in scope and weight than almost any event in history. All of the ancient peoples from all over the world have their traditions for this astronomical event. The Celts, The Hindus, The Mayan, The Kurds, Vikings, Japanese, Mali, Slovaks –the list is endless. But for most of them the theme is always the same, “Let’s celebrate and party likes it is 1999 and hope and pray we don’t die in Winter!”

These celebrations in my mind are far greater than the companion holiday in June, The Summer Solstice. But then I have a strong Saturn in my chart so I am more about the hard work in front of us than “Wee—let’s get naked in the Summer sun”. Astrologically this is the first day of Capricorn. All babies born right now will have their Sun in Capricorn. Such serious little souls, longing for responsibility right from the start. It is often said of Caps that they are born about 100 and each year they get younger. A 25 year old Cap is equal to a 75 year old of any other sign! Hard work and discipline are the magic elixir of their lives. But of course, of all babies born at this time of year the one who gets the most attention is Jesus Christ. Despite the fact that most scholars agree that his birth probably did not take place on December 25 it is interesting that the celebration for his birth is tied to the Pagan Winter Solstice. Belief in Him, brings salvation. “That will get us through the Winter!”

Whatever anyone believes Pagan, Christian, Hindu, Muslim and the whole world in between, I strongly encourage everyone to take a moment today and give thanks and gratitude. Release doubts for just a moment. Hold on to the thought, “There is a greater truth than any small effect.” And, “It will all work out okay.”

Give yourself the gift of hope! After all, if the ancients could find hope---so can you!
Posted by Tracy at 7:41 AM