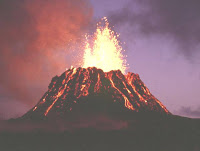 Yesterday April 26 at 12:14pm (EDT) Mars got into it with Pluto. Mars the planet of warriors and fighters gets into it with Pluto the planet of explosions and volcanoes. Mars demands action on the outside and Pluto demands change from within. When these two get together and start sparring, everyone should get out of the way! Additionally Aries (where Mars is located) is the sign of new growth, new beginnings and putting self first to find its identity. And Capricorn (where Pluto is located) is defined by capitalism, established order, hierarchy, bosses and things that get respect. If there was a perfect imagery for these two fighting it would be a visual from the 1960’s when young people rioted established institutions like banks and industries to make their point for needed change. And then the police were brought it in when it did not go over smoothly. Basically, when these two collide expect fireworks! If anyone got into it with anyone it may have been fulfilling a deep need for change. Yesterday's energy could have put it over the top.

There could be some slop over rage today too..but it is dissipating.
Posted by Tracy at 7:22 AM