Of Pluto and Nutjobs: And what it means to us. 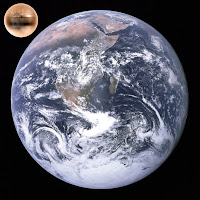 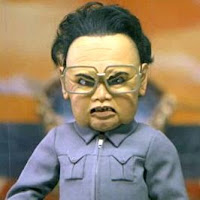 This weekend while I was busy running around like a crazy person I realized that I neglected to mention Pluto’s big retrograde last Saturday afternoon (April 4 1:35pm EDT). Although, it sort of doesn’t matter that I didn’t mention it because there usually is some news event that highlights any big (or semi big) astrological moment. In this case, it is cuckoo North Korean Kim Jong Il and his big old UN-Defying-Missile-into-the-Sea.
Less than twelve hours after the retrograde move by Pluto, Kim said, “Hey, every look at ME!” and then shot his missile over Japan and into roaring ocean. China of course told everyone to remain calm. But really Kim who possibly has one of the lowest self esteems of any world leader (since those buttheads of the 1930s) just could not stand that the G20 leaders had gotten together without him to talk about the economy---and he was pissed. How perfectly Pluto retrograding in Capricorn!

Also, just prior to the retrograde, in Israel last weekend the new prime minster said of Iran, “You don’t want a messianic apoloptic cult controlling atomic bombs.” Are you kidding? I just want to be able to get into my skinny jeans again--- must I think about Iran and their missiles? Yes, Pluto has retrograded! Sigh.

And besides all these International tests—no surprise to me that 48 hours after the retrograde, Italy experienced a very large earthquake. As you know on Aries new moon I felt there would be some kind big quake this lunar cycle.

On a personal level, many of you might have felt your gears down shift last weekend. Pluto retrogrades for about five or six months every year so we are pretty used to its backward motion. But I know for me I often feel my energy drop for a day or so after the actual date of the retrograde. Low energy, blah, maybe even a bit depressed. Don’t blame anyone, but Pluto.

As always special note for those with birthdates between December 21 and December 26 and June 21 and June 26. Pluto is trekking back and forth over your sun (Capricorn) and opposite your sun (Cancer). I know you can’t believe the chaos and swirl of emotions and that is all around you and within you. Perhaps you think it is over? Nope. As one who went through Pluto on my Sun ten years ago I can remember it like it was yesterday. Every day I said, “What the ‘eff?”

The answer was there were parts of my life that were no longer serving me. But I still hung on and hung on. That is why it takes Pluto a year or so to make his point. Why don’t you take the next six months to really unload the behaviors, patterns and fears that have been doing a number on you for so long. “I can't _____ because of _____”. Fill in those blanks.. the first blank is something you really want and the second blank is your fear. And by the way, that fear is the one thing that is keeping you SMALL. Why do you insist on being small? Start to release it. Once this transit is over, you’ll realize the life you had before was just the intermezzo. The real life is for you after this transit. Trust me. Been there, done that.
Posted by Tracy at 2:11 PM