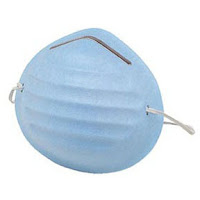 I don't know if anyone went to my blog on Tuesday Night but that evening I put up a post about the swine flu. On Wednesday morning I removed the post because I suddenly got cold feet about talking about health stuff. But today I find myself coming back to post what I pointed out on Tuesday.

Over the weekend the Swine Flu basically hit the news engines. When we look at the New Moon chart (which influences the whole 28 day cycle) we see that Mercury squares Jupiter and Mercury squares Neptune. Jupiter exagerates anything it touches and Neptune puts up a cloud of illusion or mystery to say the least. Mercury of course is the planet of communication. If this chart were a human being walking around, I would be suspect of anything that came out of his mouth. The question I have is that 30,000 people die every year from the flu in the United States, with or without vaccines. How do we know there were no deaths by swine flu last year? Or the year before? Is it because the media has attention on it now? I don't know and I'm not going to pretend to be a person who works for the cdc. All I know is that Mercury square Jupiter and Mercury square Neptune do not make a reliable narrator.
Posted by Tracy at 6:18 AM