Venus ..in search of joy and abundance 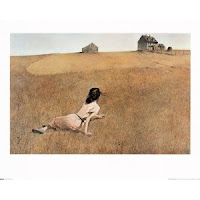 As I indicated earlier this week today Venus opposes Uranus 3:59am. Uranus demands changes and swings high and low and Venus who is just looking for a good time is taking those peaks and valleys with him. Case in point, yesterday's wild swing on Wall Street because as we have discussed, Venus rules values and that includes MONEY.

Tomorrow, August 8, Venus hooks up with Saturn which is tough for love, romance and once again values. There is a natural 'barrenness' with Saturn and Venus aspects and frankly Venus in Libra adds to that 'lack' feeling. Libra is airy and intellectual and does not put a lot of value on feelings. It will ponder this thing or that thing and compare and contrast which is all very 'heady'. Having Saturn there is putting a chill to a lot of relationships as we measure them. With a transit by Venus we are wondering, 'what is their (relationships) value?" or "Am I valued in the relationship?" And although that sounds like an emotional question, the energy is not emotional it is more reasonable than that. It truly is weighing the good and the bad. See what comes up this weekend and where you fall.

On Monday August 9 Venus will oppose Jupiter and we will pit our need to expand for self (Uranus in Aries) versus our needs to be in a partnership (Venus Libra). We'll feel torn and stressed.

It is hard to not see an after affect of Sunday's Venus/Saturn aspect impacting Wall Street on Monday. Coupled with Venus/Jupiter on Monday. And then when you add Venus Square with Pluto on Tuesday August 10th..expect big news about money. And perhaps love. And love of power. And people or companies who want to go rogue.