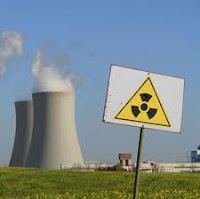 I was poking around to see what other astrologers were saying about the various charts associated with the Japanese Earthquake, Tsunami and now Nuclear Plants.
Apparently, there has been another explosion. I believe 3 out of 4 are potentially melting. And my question: Where are they melting? Why is water leaking out? What is going to happen if anything is released into the ocean? I know the Pacific Ocean is big but is it big enough for five meltdowns?????

This is so big I almost can't wrap my head around it.

Anyway, as I poked around I came across astrolgoer Ed Tamblin's predictions for 2011 and although he was focused on the New Moons of January and February he brought up the Nuclear Problem and a tie in to Chernobyl. Mars of course like the January, February New Moons was very much a part of Pisces New Moon. Read Ed's piece and see if it gives you chills.
Posted by Tracy at 8:49 PM