Pisces New Moon--Dive or wash up on shore, it is your choice! 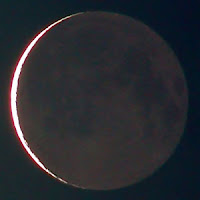 As always I am screeching in with the New Moon report. (Please lord next lifetime not so many things on my to list.) And it is going to be a very interesting 28 days. Things will feel out of our control and changes are a plenty. But if we are sensible and tune into our own relationship with spirit we will see that there is a divine plan in all of it. And if we don't actually see the plan we are going to have to trust that it is there. Ah, there is a Pisces, word, "Trust."

You will find the whole report on Margaret Wendt's website. But here is snippet.

When I was younger and fancied myself a beach chick, (we are talking many, many, many years ago), I spent a lot of time in Southern California beaches. And when the waves were big my friends and I would love to go out and swim. What we learned early is that if there is a big wave about to pound down the only answer is to dive and swim under it and by the time you come back up for air the wave has passed over and is on its way to the shore. If you did not dive and decided to ‘ride’ it on the surface—well that was always disaster. Smashed around, water in your nose and mouth, bathing suits all over the place, and eventually you end up in pieces on the shore. The key with Pisces and its big waves is to dive—that is, go for faith and trust. By doing that we can ride the storms and waves with less damage. Know that we will come out of whatever mess on the other side. Prepare to dive this 28 day cycle.

Mars, Mercury and Uranus are in the soup

The New Moon in Pisces has the Sun and the Moon conjunct Mars and Mercury. This is no small aspect especially for Pisces. Mars is the warrior planet ready to put up his dukes and fight. Mercury is the smartest planet in the room. His brain is always on and he is communicating a lot. We should expect a lunar month filled with a lot of action and perhaps a ton of fighting words. Both planets are trying to release a lot of energy. People are trying to let off steam but at the same time they are cleaning up stuff from the whole year. Perhaps people are getting stuff off their chest. Or perhaps they see where they need to head and they have got to end stuff now to get where they need to “get.”

Remember, this is the final month before we do our Treasure Maps. For those who have not done one before, Treasure Maps are collages that we make on Aries new moon that sets the goals which we want to accomplish in the new year (yes, for us New Year’s begin in April). But before we get to that New Moon in April we need to finish up last year’s goals. This does not mean we have to rush it and make stuff happen. (That is not the way it works with Treasure Maps). But what we do need to do is clear out the garbage and tie up loose ends. How perfect that we have Mars and Mercury here to help us. Mercury will have a thought that will probably come from some unworldly Pisces place and next thing you know we will call up Mars to do the work. It could be a lot of work or it could be small work but whatever it is, it will be done forcefully and swiftly. We will all feel the immediacy of situations. Or as I like to say, we’ll be “on-it-doggon-it”.

Additionally, Mercury is conjunct Uranus. This brings additional weird thoughts and odd situations up for all of us to process. Weird communications will be in the air. Strange encounters, perhaps an unworldly moment or two will pop up. What do you do with the weird energy? See if it helps you as you clear out the junk of the last year. See if there is something that points to where you need to head. Perhaps the weird encounter will give you a new twist on your faith. And maybe this new depth to faith will be the energy you have needed for a long time to let go. Because at the end of the day the key to Pisces is an overused phrase but very apropos: “Let go and let god.”


Chaos is in charge!

So, we are in a mystical soup all 28 days but in the middle of this climate Uranus the planet of big changes is rising out of the water and into fire. On March 11 Uranus will enter Aries .....
Posted by Tracy at 11:27 AM