A thought on the building square Uranus/Pluto 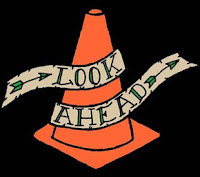 As you may remember last spring and summer Uranus moved out of Pisces and got all the way to Zero Aries. During that period when it was only a few minutes in (that is Minutes of an arc, not minutes as in time), it let Pluto in Capricorn know right away, that it meant business. As you can recall this was the spring and summer of BP oil spill. The oil gushed all over the Gulf of Mexico and as those images of birds and sea life covered in black goo were seen by the world--daily, didn't we all take pause and think, "how much petroleum do I use?" Not just fueling our car but what about the plastic and the transportation of items that we buy? Kind of hard not to look at that mess and not say, "What is my part?"

Late Summer Uranus retrograded back into Pisces where it stayed until Friday. Several hours after it moved into Aries we have the Nuclear Power Plant crisis in Japan. So, we are back once again on the issue of Energy. Energy issues in the Gulf in the summer and now in Japan. But not really---petroleum is a global issues, nuclear power plants are all across the world.

As I indicated from 2012-2015 there will be seven squares between Uranus and Pluto. The first one will be in June 2012 but as we know it is not limited to that month, the tension starts now, just as it did last summer.

Feeling helpless, feeling impotent, rethinking our choices, not sure what to do, where do we fit in (Square) and how is big business and government (Cap) helping or hurting these issues? What do we need to rethink, or shake up to make needed changes (Uranus) and how will we find new territory, new opportunities and are we willing to put our boots on the ground to do it(Aries)?

And it is not just about an earthquake and tsunami, potential shut down of governments and overhauls of other governments. these are all part of the mix when Aries and Cap go off on each other. And what real effective changes will come out on the other side? I dunno, but something will be there. Where are you feeling your own changes? Is it starting to show up? Are you getting prompts? You shold be if you are listening. Get your listening devices ready, your psyche is probably talking to you.

This is our weather cast. It is not the entire forecast for the next three years but it is a strong front of changes. But you already felt it, right?
Posted by Tracy at 8:58 AM