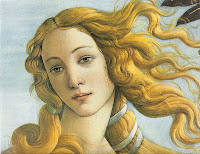 David Crook has put up a nice pithy post about planetary action for the month of April and in it, he reminds everyone about Venus's move into Gemini and the greater importance of The Venus Occultation.

April 2012
April 3~ Venus enters precocious Gemini for an extended stay, because of her direct and retrograde motion. The rare Venus occultation of June 6 could be the most anticipated event of the year- besides the end of the 5125 year Mayan Long Count calendar. Venus will cross the disk of the Sun at the inferior conjunction, as she transits between the Sun and Earth. This occurs at 16 Gemini, which is the antiscion (mirror/shadow point) of the brightest star, Sirius, aka the Dog Star (14 Cancer). The contact between Venus and Sirius is generally favorable. Venus leaves the sign of the Twins on Aug. 7.

As we get closer to June you will hear astrologers and astronomers talk more and more about the Venus occultation that takes place on June 5/6. It is something that I have had on my note pad to share with you for awhile. I'm grateful to David for reminding me to bring you up to speed.

During the Venus Occultation we will see Venus cross in front the Sun. If Venus was the moon we would describe this as an eclipse. But because Venus is so small and far away from Earth, she will look like this tiny dot going backwards in front of the Sun. It is a rare event that comes up every 8 years and it takes place only in June or December. This year it will take place at 16 degrees of Gemini. The last one took place in June in 2004.

Venus is the planet where we find our resources, creativity and values. She is associated with love, money and the arts. In Gemini she knows that the brain needs to be active, loves to talk and share information, she seeks novel ideas, she is clever and she enjoys the written word. Newspapers, magazines and blogospheres are very much appreciated by Venus in Gemini. During the occultation dots will be connected that speak to our love and resources and things that we value. Even as we feels the pressure of Uranus Pluto square, we get this fresh Venus breeze.

Venus will go into Gemini next week and with it will come some new ideas, new connections both mental and perhaps practical, 'Hello So&So have you met So&So?" Watch and see who you meet.

Then on May 15th Venus will turn retrograde which will undoubtedly bring in more connections, more fresh thoughts about things we value and perhaps even an about face on other.

Then on June 5/6 expect an explosion of information will speak to us about what we love and cherish--even things we might not know that we love!

On June 27 Venus will then turn direct, clarifying even further the importance that our brains are happy and engaged and connecting to others then finally Venus will move out of Gemini and into quiet and reserved Cancer on August 7. We put down and phones and stop tweeting and instead seek the comfort of our backyards and couch and get lost in our family.

But remember, normally Venus is in a sign for a few weeks, starting next week we begin a four month cycle of Venus in Gemini. Get your Talk ON!

For more information on how to watch the occultation and how it will be seen in North America go to this LINK.
Posted by Tracy at 10:56 AM