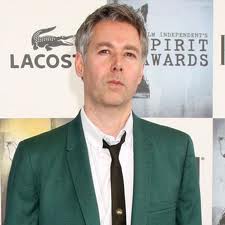 I don't know about you but I think I heard "You've got to fight for your right to Party!"  about a hundred times  yesterday.   What makes this profound is that I do not listen to pop or rock stations, I listen to my local NPR which has a lot of news and more  eclectic music than mainstream.   That should tell you something about the power of Adam Yauch and his iconic band The Beastie Boys.

I really only had a cursory knowledge of him or the BB's since I was never a huge rap fan.  I mean I liked them and other rappers but I didn't dig in like I did for other styles.  But even I who was out of the knowledge pool on all things Beasties, knew there was something interesting going on with one of the guys.  I knew one of them  had something with Tibet and I heard that they were also producing  some kind of films.    Well,  I got my education yesterday---this was all Adam Yauch.   He was a huge supporter of issues involving human rights in Tibet,  (will they be playing License to Ill in Beijing this weekend?) and in terms of   film making---wow, there are dedicated filmmakers who have  had no other career with less visionary accomplishments than Adam's film company.

Mr. Yauch moved into film distribution and production with Oscilloscope Laboratories, operating it like an independent record label where everything was done in-house. Oscilloscope’s first releases, small indie films and documentaries, were modest in critical reception and box office, but the company quickly scaled up.

In 2009 Oscilloscope drew recognition for Oren Moverman’s military drama “The Messenger,” including Oscar nominations for best original screenplay and best supporting actor (Woody Harrelson). Another Oscar nomination, for the documentary “Exit Through the Gift Shop,” followed.
Oscilloscope has continued to release films that often do not shy away from difficult topics, like a Columbine-style killing in “We Need to Talk About Kevin” and the documentary “If a Tree Falls: A Story of the Earth Liberation Front.”

This is one very impressive man, in my mind a Renaissance Man.

Anyway, I found his chart on astrotheme but no one had a birth time for him.  I am a little surprised by this given his Tibet interests and his devotion to Buddhism.  I would have thought it might have come up.   But anyway, he was a Leo with Moon in Cancer and he had a powerful stellium of Pluto, Uranus and Mercury.   His mind was full of electricity and he empowered others with it.   I believe  his well known sense of humor is connected to his Cancer Moon which is probably connected to Venus and Mars (can't say for sure without exact time).

I found a very nice write up by Louise at Astrological Journaling.  who points out some of the same stuff I was thinking when I looked at his chart.

It does feel a little to me as though a piece of my 'rebellious' youth has suddenly gone. Not that I was hugely rebellious :) It certainly feels wrong that cancer should claim one of these guys though, and at such a young age (47). According to the news he'd been fighting the disease for the last three years, and it was announced publicly in July 2009.


Astrologically, the performer stands out in his Leo Sun (square to Neptune - through music) and the Mars/Venus conjunction. His natal Mercury is sandwiched between the generational Pluto-Uranus conjunction of his time. He thought (Mercury) unconventionally, rebelliously, brilliantly, unpredictably, and 'outside the box' (Uranus) and communicated in the same manner. Not to mention the offbeat comedy genius :) This was empowered and intensified by Pluto being in the mix too. Saturn, opposing this conjunction, correlates to the conventional that was being fought against, the status quo, society, authority. This seems appropriate not only as expressed through his punk and rap music, but also as the voice of protest in his work in support of Tibet. He was also a practising Buddhist, which perhaps reflects the Sun-Neptune square too.

Transit-wise, it was his Jupiter return when he died, and those......

Go to the link to read the whole thoughtful piece. Adam deserves it.
Posted by Tracy at 5:50 AM