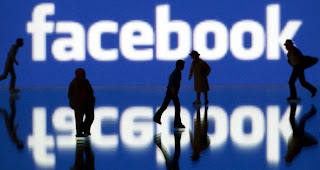 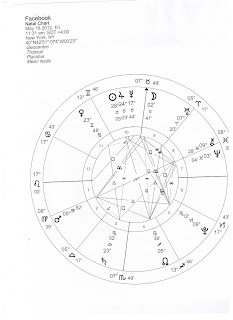 
I have had to adjust the chart for the Facebook IPO.   I thought it was launching at 9:30am but then I was up early and heard it was going to launch at 11am, then there was a delay with something and it launched at 11:31am EDT.


There are some things in this chart that have not changed at all with last night's posting.    The Moon is still in Taurus but now it is in the 9th house instead of the 10th.     As I indicated in the earlier chart the Moon is in balsamic phase not an ideal phase for a new IPO.   Balsamic is when we release and my question was if banks would be releasing the shares more than others buying.   And also more to the point will buyers will see this share as something you hold for a short time because the goal is to release?  Not a buy and hold ‘em placement.     Also, read comments section, Jonathon had an interesting take on the eclipse.


Sun conjunct Jupiter is responsible for the very nice $38 IPO.     I will say this chart is much more sensible for a business given the Sun & Jupiter are in the 10th.  God knows I would want Sun/Jupiter in 10th for a business chart, either the business itself or the IPO chart.    And Mercury in Taurus in the 10th house makes sense for Facebook in that Mercury likes to connect people together.  Mercury rules connections and that certainly speaks of Facebook.      The one beef about it is that Mercury can tell a lie or two and always get busted, and Mercury is very fickle.   The word for Mercurial is rooted in this little planet.   Fickleness not good for a public hold company.   Pandering will be noted.


Instead of a Cancer Ascendant as in the earlier chart we now see it has Leo Rising.   Strong, loud, and bold, we like that.  However, the downside is egotistical actions based on insecurity.   Mars is the 2nd house so it is fiery and robust and this is a very HARD working placement for Mars but at the core, Mars in Virgo is very insecure.   FB employees will be working  hard to make sure their stock and the company is good all the time.


In the old chart, Uranus was in the 10th.  Now it is in the 9th.   Uranus is new technology and the 9th house is the house of ideas and travel and it is interesting that one of the factors that experts are saying is critical to Facebook’s future is mobile technology.   No, shit with Uranus in the 9th.    As we all know Uranus is in a building square with Pluto and in this chart Pluto is in the 5th house of creativity.
This is a tough aspect, probably internally for FB more than what we the public will see.  Will the technology be there for FB to be forward thinking?   Sure, they will have great ideas but will the product be there?   Will they get the technology to match the ideas?   If you are a computer tech geek and you are highly creative get your butt to Menlo Park because FB will need you—big time.


Aquarius is on the 7th house cusp which speaks to partnerships.  Aquarius like his ruling planet Uranus, is all about new technology and innovation and things that are unusual.  It can also shine bright and then fade.   With Neptune in the 7th, there will undoubtedly be partnerships formed and strengthen the new technology at FB however, Neptune is a deceiver.   The partnerships will not be all that they appear.  Note to FB executives---VET every company you consider purchasing-spend the money the time on a proper vet.  All is not as it seems... and NEVER drink anyone's kool aid.


Finally, Venus in the 11th house is a chart where friends LOVE you.  In fact they adore you.   That feels right for how FB works, right?   But, Venus is retrograde so will your friends be there for you when you really need it?     And how will money work with those friends because Venus is a money planet.   I’m not sure how you keep your friends but also make money off of them.  There probably is a way to do it but it is beyond my scope.


One note is that the North Node in Sag in the 4th house.   FB’s home is the world, not the USA.  They must keep their vision on the world market and answer to it.   Probably wouldn't hurt if they bought a news agency that is appealing to the world and not just the USA.


I indicated a couple weeks ago that I thought there was probably going to be some bumps with FB during this cycle.     The solar eclipse in Gemini on Sunday, the lunar eclipse, the Venus occultation, Jupiter transition out of Taurus into Gemini, Venus turns direct and then a 2nd Gemini new moon—that is a whole lot of Gemini energy for a company that speaks to Gemini energy.   Lots of changes and action will happen between now and the end of June and I would say even the end of July we’ll learn more.

Of course, I hope that they do well because the US needs the taxes and I’m in California so I need a little of that tax dough as well.   As a parent with a child in a public school….. Make it work, Zuckerberg!