Gay Marriage--seriously, are you surprised? 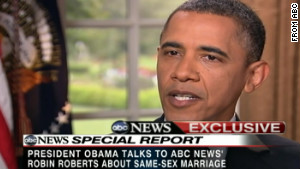 Last week I spent valuable time lecturing  telling you that I predicted some strange twists and turns in our road for the next six weeks.

There are lots of reasons for the road show attractions but not the least of them is Venus.   I spoke a great deal about Venus being the planet of values.  Money and Love are two huge value holders and with Venus about to station and turn retrograde we are on a goofy path that will bring up our values.  And with the topic of Same Sex Marriages is there anything more Venus about it?  Oh, yeah, Saturn in Libra which I also discussed.

Less than two days after my post I was watching Meet The Press  on Sunday morning and I heard Joe Biden say that he supported same sex marriages.  He didn't just come on the show and say it, actually he was prodded into it by David Gregory.   I remember thinking, "Rut-Ro, someone better get Obama an antacid."   Curiously, I ended up seeing this twice because because my son interrupted me and so I watched it again and I noticed something about the way Biden answered it.  It just looked like he felt good saying it.  As if he was finally getting something off his chest.

There were rumors that his staff got their asses kicked by oval office staff and he did have a private meeting with The President.  But I doubt there were raised voices between those two.

Anyway, as we know the ball went down the hill and by Wednesday The President also came out and supported same sex marriages.   And it was funny I saw that interview and afterwards one of the pundits I was watching said the same thing I thought about Biden.  "It seemed like The President was relieved to say it."  Like it was a long time coming.

It could be a galvanizing point for both liberals and conservatives.   I imagine "Pro or Against" will be used to feather their bed.   Did someone say bed?  No pun intended.

Please mark this as Lookout Point #1 on our strange six week road trip.