This week is action packed 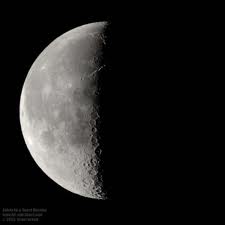 We start the week off with Last Quarter Moon plus a huge ol' move by Jupiter.  And when I say huge, I mean huge!

Last Quarter moon: Now we do the final adjustments to the seeds we planted on new. The final call, the final letters to send, we follow all the trails that came up that still make sense. And we let the other parts lay fallow. It is a time of action but wise action. It is a time for living “The serenity prayer”

Back in May I wrote the following about Jupiter's move into Gemini:

There will definitely be technology booms during this transition. In July 2000 right at the beginning of the last Jupiter in Gemini the Prius hybrid was launched in the United States. Talk about novelty and big ideas. And in the fall of 2001 just after Jupiter left Gemini Apple launched its first ipod. Now knowing as much as we do about Steve Jobs and Apple mentality we can assume that all those Apple technicians were brainstorming and working like mad scientists for the 12 months prior to launch which means their brains were in overdrive during the entire Jupiter in Gemini in 2000/01. What will the folks at Apple be busy working on during this pass of Jupiter in Gemini? I predict their AppleTV will be born shortly after this period. And in fact, the whole silicon valley will be in overdrive. Who will have the new Facebook idea? Somewhere in the world it will begin to germinate. I expect a bunch of ideas o emerge between now and the middle of 2013.

How fitting this morning when I turned on CNBC and saw all the technogeeky reporters in San Francisco at Moscone Center where Apple was announcing their latest iphone, ipad and other advancements they have planned at their Global Technology meeting.    If I believed in coincidences I would say, "Wow that is ironic that it is happening right now when Jupiter is moving into Gemini."   But I don't believe in coincidences so this is one perfect move of divine action in my mind.   I anticipate a lot to come out of house that Steve built and all the other silicon valley people in the next year or so.

For those of us who are not techno what does Jupiter in Gemini mean?
So, let’s go over the details.   Jupiter is in a sign for about a year and the last time we experienced him in Gemini was between the summers of 2000 and July 2001.    You may want to recall what was going on with you during that time and consider your way of communicating and thinking.  Did it change?   How were you connecting with others? How were you connecting dots?  Did it make sense but later turn out to be incorrect?   Or were you trying different communication approaches?  And how about your brain, was it full of ideas and creativity?  Were your sparks going off?   And who were you bothering to talk to and who were you just skipping because they weren’t worth it.   I know that sounds awful but let’s face it some people just don’t get you and why on earth are you hanging out with them?   And if you are forced to be with people who don’t ‘get’ you then shift your approach.   If they don’t get you and they are never going to get you then who cares?   Say what you want or don’t say it.   Remember Mr. Descartes.


Not only do we have Jupiter moving into Gemini on June 11th, we also have a super snarky aspect between Mercury and Pluto and Mercury and Uranus.    Tension will be high that day, there will be arguing.   Pluto wants transformation and Uranus wants revolution and Mercury cannot talk to either of them.    There will probably be arguing and fighting or there will be a stalemate or a cold war and it might be a harbinger of the Uranus/Pluto square at the end of June.   But whatever is the beef, we can take the move by Jupiter to help shift our focus.   Prepare for something to come up around this day that gets your attention and makes you pivot.   Remember, Gemini is the great pivoter.   Is that a word?   And once again we are asked to process, breathe, process, breath, process..breathe you get the drift.

And then on 6/13:
Sun/Saturn:  Great expectations with strong work ethic.  Accomplishments very possible.

On 6/15 the moon turns Balsamic and for three and half days we ----Release!