This Week....Hold on to your hats! 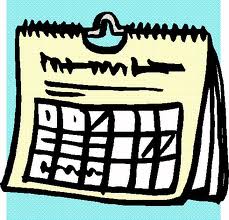 We begin the week with our big ol' full moon in Sag (see previous post).   Is it getting cuckoo yet for you?  Information must be coming at you full volume, I know it is in my house!    What you do with the information says a lot about how you can pivot and maneuver in these somewhat turbulent days.   We all need to be adaptable and the full moon will certainly challenge us to pivot.

Also on Monday 6/4 Neptune begins his retrograde motion.  Neptune will station at 4 degrees of Pisces and go back all the way to 1 degree of Pisces on November 11 where it will straighten out.   Since Neptune spends half of the year in retrograde he is pretty comfortable with a reverse course and he uses the time to his advantage.  Like a deep sea diver with a flash light he goes deep into our unconscious brain and finds the curious and weird stuff.  The stuff we never thought about before and perhaps how it may or may not impact us.

On Tuesday 6/5 Venus and Mars get into a tussle and there will be sparks and fighting words will be hard to avoid especially among lovers, neighbors and siblings.    And of course we are finally at the event I have been talking about for several months---The Venus Occultation!

At the same time Venus will make her glorious transit in front of the Sun.  Check the news there will be some local astronomy club that will have their telescopes and the proper lens set up so you can see this majestic event.   We won't get it again for about 120 years!

A Rare Transit of Venus Across the Sun on June 5, 2012 Will Catapult Consciousness

A rare transit of planet Venus (it will pass between the Earth and the Sun) will occur on June 5-6, 2012, which will produce a powerful transmission of energy that will catapult human consciousness by enhancing perceptual awareness and unique states of creativity.
The transit of Venus “is among the rarest of astronomical events, rarer even than the return of Halley’s Comet every 76 years. Only six transits of Venus are known to have been observed by humans before: in 1639, 1761, 1769, 1874, 1882 and, most recently, in 2004…The beginning of the transit will be visible from all of North America, Greenland, extreme northern and western portions of South America, Hawaii, northern and eastern portions of Asia including Japan, New Guinea, northern and eastern portions of Australia, and New Zealand. The end will be visible over Alaska, all of Asia and Indonesia, Australia, Eastern Europe, the eastern third of Africa, and the island nation of Madagascar.” (Source: Scientific American, 12 Must-See Skywatching Events in 2012, January 2,2012)


Focus on:      What information are you sharing with like minded others?   How are your friends supporting your knowledge?  Where are you brilliant and how are you sharing it with others?   What brilliance is being shared back to you?


6/7:  Sun/Mars:  Big ass fighting.   Thinking is weird and people are doubling down on their cuckoo insecurity.