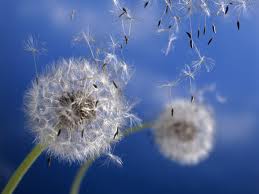 Well, that certainly was the week that was.   The Supreme Court ruled on ACA (Affordable Care Act) and withheld the individual mandate through tax laws, the court also ruled on Arizona's immigration law (struck down parts held up one part).  And in Europe leaders bent over to save the Euro from evaporating thanks to Italy & Spain's crumbling economies.  Kind of like a Tom Cruise marriage.   It was quite a week.

Ray Merriman rang in on some of the activities.

The headlines said it all last week, and the key word in every instance was “Surprise!” Surprise Supreme Court decision for full support on Obamacare. Surprise decisions and agreements of European leaders to deal with their ongoing debt crisis at the Euro summit meeting, in which no such surprises were expected at all. In fact, most commentators suggested the summit would be an utter failure. This is the nature of Uranus. Nothing goes as expected, for better ort worse.

In response to these projected disappointments and then realized pleasant surprises, the equity markets of the world reacted in typical Uranian fashion too. They were erratic and volatile. They were down until Tuesday, went up strongly Wednesday, then fell sharply again on Thursday, only to open sharply higher again on Friday.

Regarding the Supreme Court decision on the USA health care law and the Euro summit agreements, please keep in mind our prior comments made for this period of time: “It doesn’t end there. I mean, there is more – three days and three aspects more. On June 27, Venus ends its retrograde period and returns to direct motion. Historically this has a 73% correlation to primary or greater cycles within 10 trading days. One would normally look forward to a Venus station as a time of love and agreement. But with Saturn also stationary within three days, it leans more towards disappointment and break down in agreements. One side feels manipulated, and it is hard to have love and agreement when both parties are not feeling it mutually. Of course with Jupiter square Neptune, both parties may not immediately be fully conscious of what they just agreed to. It sounded good in principle, but the “devil is in the details,” and then one party may realize later there was a “sleight of hand trick” inserted into the contract.”

Go to link for his full take.