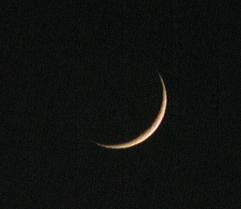 I put up the whole article HERE and I encourage you to read the whole thing.   There is a lot going on.

In the meantime here is a little snippet.   Go to the link for the whole write up.

After wrapping up Sagittarius & Capricorn we are now down to the final two lunar cycles of the zodiac and like the closing hours of a bar—this is when things get interesting.

With Aquarius the energy is light as air but as forceful as a tornado.   It is a strong willed energy, not a wallflower that is pushed around easily.  At their core they want two things.  They either want to belong to a community of likeminded or they want to break down the established.     And above all they will do things THEIR way.

When Aquarius gets fixated on a subject there is no stopping them and if you look at some of the Aquarius tribe you will see a them; Abraham Lincoln, Wolfgang Mozart, Oprah Winfrey, Thomas Edison,  Rosa Parks do you see a theme?   Or how about Glenn Beck, Dick Cheney, Ellen Degeneres, Philip Glass, Bill Maher and Sarah Palin…..the theme is there.    They insist on doing their own thing and they attract passionate others to their cause, beliefs, opinions, skills or craft.

The symbol for Aquarius is the water bearer. Of course one might assume that Aquarius is a water sign but remember it is not a symbol of water rather it is the PERSON carrying the water vessel.    Imagine in ancient days the water gatherer arriving with his or her vessels.  Everyone would gather to get their water and would chat with each other, share the news, discuss the issues of the community similar to their modern contemporaries who gather around the Arrowhead dispenser.    No surprise, Aquarius is a ‘thinking’ sign by virtue that it is an air sign and also because its ruling planet Uranus is a higher octave of Mercury.   I know that is a lot of astro mumbo jumbo but what it means is that Mercury is the simple communication between you and me and the people around us, Uranus is the communication of the masses.   Mercury rules letters and newspapers and Uranus rules computers, the Internet, TV, radio and Silicon Valley.    In old cartoons where the character gets a brilliant idea we see a light bulb over their head.   That image of a light bulb would also be a fair representation for Aquarius. There is genius around Aquarius and Uranus.

After Capricorn lunar cycle where we supported our place in the world, where we found our inner CEO, where we did hard work and were diligent to build up our place--after that cycle we now are in position to blow the whole dang thing up.  Huh?    In Aquarius we now can ask, where is there discontent?   “I earned a ton of money but am I happy?” “I have invested so much time and energy into ____ but is it really what I want?”    This is what we do in Aquarius, we question the world we built.   And of course, the humanitarian in Aquarius makes us ask, “Who do I want to hang out with and can I make life better for all of us?”     We think about the greater world, the community of choice.

At the same time we can also double down in our weirdness.   Aquarius loves to be weird or unconventional, and as said, they like to do things their own way.  Where they get in trouble is when they stick so hard to their opinion or belief at a disservice to their real life.   Theories are nice but what does it bring you in a concrete manner?  This is when Aquarius gets in the weeds.

On this new moon chart, the Sun and Moon are making a square with the two nodes.  With the North Node in Scorpio there is a pulse out there that is speaking to all of us, “evolve or die”.    Whether you admit it or not you are feeling the pressure to let go of some part of your life that has outlived its purpose.   With South Node in Taurus, we have the skills, we have the ability to do the hard work to support the death and rebirth.  We can find our way out of any difficult situation, if we use commitment and build a way out but we have to be willing to let go.

With the Sun and Moon in Aquarius activating both north node in Scorpio and South node in Taurus, the accent is on shaking things up.   And not in a small way.  Think lightening, think earthquake, or think of something small that later has a big effect.   Remember Rosa Parks?  A tired middle age African American lady on her way home from work who just didn’t want to give up her seat on the bus for the white man.     That simple act started a movement.   What seat are you not going to give up this lunar cycle?    Will you get scared and try to hold on to your old life with a vice gripe (Scorpio)?   Or will you stubbornly hang on because you don’t want to do the work (Taurus)?    What lightening bolts hit you and tells you..... (GO TO LINK).

And by the way...here is Phillip Glass...you will feel his Aquarius....