In the time of Neptune in Pisces ...

(and our little friend Chiron too)...

We see stories that are perfect for our times....Ripped from today's headlines a lost sunken continent has been found.

And a lost ship with no one driving is heading for Europe.   Man I can feel the Pisces..can you? 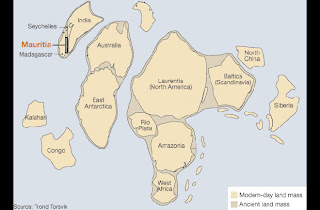 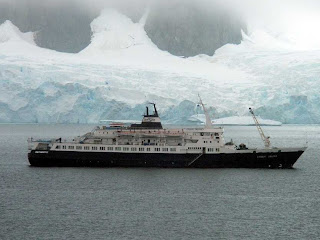 
A small, sunken continent was recently discovered beneath the Indian Ocean. The ancient mini-continent, called Mauritia, lies beneath the lava flows that created the islands of Reunion and Mauritius.
The lost continent dates back to when the early Earth’s super-continents, Laurasia and Gondwana, were shattering into the more familiar geography that we know today. Mauritia was once part of the chunk of Gondwana that gradually split into Madagascar, India, Australia and Antarctica after approximately 170 million years ago.
PHOTOS: The Hunt for Lost Cities
The micro-continent later broke away from Madagascar between 83.5 and 61 million years ago. The mini-continent was shredded as it passed over mid-ocean ridges. Lava eruptions then covered the sunken continent.
Volcanic eruptions on the island of Mauritius brought fragments of the lost continent to the surface. The fragments were crystals known as zircons that dated to 660 and 1,970 million years ago, far older than the rock making up the overlying crust and volcanic islands. This suggested that the rock beneath the crust was actually a part of the ancient mini-continent, according to the study documenting the discovery in the journal Nature Geoscience.
The study’s authors, a multinational team of geoscientists from Norway, South Africa, Britain and Germany, suggested that there could be other lost micro-continents buried beneath lava in other parts of the globe.
IMAGE: Map of Ancient Rodinia (Trond Torsvik)

TagsEarthRocks and Fossils
Story #2
A Russian cruise ship has been adrift in the North Atlantic since January, after breaking free from a towing line as it was being delivered from Canada to a scrapyard in the Dominican Republic.
The Lyubovy Orlova, built in 1976, once operated as a cruise ship, exploring the icy waters of Antarctica. In 2010, she was seized at St. John's harbor in Newfoundland following a suit by a haulage contractor against the Russian owners over $250,000 in unpaid fees. The ship remained tied up for more than two years before it was sold to Caribbean buyers in February 2012.
On Jan. 23 of this year, the derelict ship left Canada for the Dominican Republic to be scrapped, but its towing cable snapped a day later. The ship escaped again after it was secured by a supply vessel on Jan. 31. It then drifted into international waters.
Transport Canada claims they are no longer responsible for the ship and that there's little chance of it drifting back under Canadian jurisdiction.
Meanwhile, according to a document from a US intelligence agency, obtained by the AFP, the abandoned ship was recently seen about 1,300 nautical miles off the coast of Ireland, and is drifting toward Europe.
"Earlier this week, Canadian officials acknowledged they did not know the location of the ship, as the vessel's global positioning system was no longer working," the AFP writes.
Irish authorities are looking over satellite data to try and locate the loose vessel since there's some concern that the ghost ship, apparently infested with rats, could hit Ireland's shore. If that did happen, the government would likely "take the ship, bring it into a port and maybe look for compensation from the owner for any costs associated with that,” maritime lawyer William Cahill told The National Post's Tristin Hopper. Cahill says it would be hard to pin responsibility on Canada because it's not a Canadian registered ship.