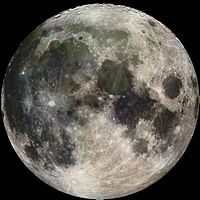 Do you think I'm giving you a lot of information about this full moon eclipse?
Yep.  I want you to have every perspective possible.  It is NOT a small moon and I want to make sure you are up to speed.
I just went to check out Stellar Insights and David Crook has a smart piece.  Give it a read and check out the rest of his blog.  Always thoughtful prose on astrological topics.

The Lunar Eclipse and Neptune


The shallow lunar eclipse on Friday May 24 (9:25 pm, PDT) at 4 Sagittarius is square Neptune. In a previous post it was mentioned that the eclipse Moon is parallel Pluto (by declination) and contra-parallel Mars- suggesting a heightened Scorpio vibration. But the participation of Neptune adds a whole other quality, that is inspirational at best, or nebulous and confusing on the flip side. It's hard to know beforehand how Neptune will work out in real world events, as things are never quite what they seem when Neptune's a major factor.

Neptune was setting when bombs went off near the finish line at the 2013 Boston Marathon, and rising as World Trade Center building 7 began to collapse without sustaining a direct hit from a hijacked plane on that fateful day. Thus we may never know what actually occurred at either of these incidents.

The May 25 (EDT) Full Moon horoscope features the Moon and Pluto parallel the eclipse Ascendant (and contra-parallel Mars) in the U.S. capital. (Eclipse Ascendant -19*28', Moon -19*25', Pluto -19*42', and Mars +19*08') So we might expect some relatively forceful and/or violent events to occur in U.S. along with this lunation. Moreover, the critical position of Mars conjunct the malefic star Algol and on the eclipse IC/4th house cusp, is perhaps an indication of further deadly weather on the horizon.
When Mars entered Taurus on April 20, 2013, it just so happened to be rising with the Sun in Moore, Oklahoma. As Mars is generally considered more problematic in it's detriment (Taurus), this is certainly a foreshadowing of the violent tornado's that ravaged Moore on May 20. The May 9/10 solar eclipse Saturn (hardships) was on the Ascendant in Moore, with eclipse Mercury and Mars (violent winds) parallel the Midheaven there, as well.
Posted by Tracy at 7:24 AM