May 20th Uranus versus Pluto: Round Three 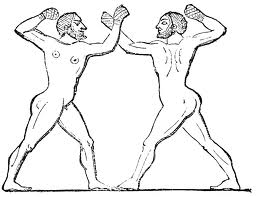 On Monday May 20th 7:02pm EDT Uranus and Pluto will go into round 3 of their boxing competition.  They began their fight in 2012 and will continue to duke it out through 2015.

You are already feeling the tension of the square.  Actually you have been feeling it since last year but now it has more heat as we build towards May 20th.   Uranus is asking for revolution and Pluto is asking for evolution.  If you keep having revolutions but don’t have evolutions you will be stuck in a cycle.  For example, in the old days there used to be women (and some men), who kept getting married over and over again.   Husband number one, number two, number three, ever few years a new husband.  They kept having a revolution but they weren’t evolving on the inside.  What would an evolution have looked like?  Perhaps the woman in question was disconnected from her talent or her value and instead of getting quiet, finding her self worth and evolving, she just threw out the old man and replaced him with a new one.   Finding her energy as she reflected off the new man’s merit.   Luckily as women became more and more independent and have had more opportunities in the work place we find less serial brides.  But the point is that these two energies must find a way to meet in the middle.   What is your revolution and what is your evolution?  And do not sacrifice one for the other.   You need both.   I wrote more about evolution vs revolution HERE:

Each person on the planet is feeling a calling for change. We all want change and Pluto and Uranus are guiding us.  Yes, it gets rough now and then but last time I looked in order to make a diamond a piece of coal needs a lot of pressure and then a lot of buffing.   Coal does not go to the spa and just magically turn into a diamond.   The same for all of us.   We need the buffing and the pressure of Uranus and Pluto to get our change on.

What I think is funny that Taurus arguably hates change more than any other sign.   Do any of you have any Taurus friends?   Then you should know what I am talking about.   They will admit it, they don’t like change and they take things slow.  Super slow.  Sure some of them have Venus or Mercury in Gemini and that lightens them on their feet but basically Taurus will be the first to admit they get stuck in ruts.   I think it is not an accident and is very interesting that Uranus/Pluto Square #3 is taking place during the first quarter of a Taurus Lunar cycle that begins with an eclipse.    Having said that, the sun will have moved into Gemini two hours before the square but the lunar cycle is still rut bound Taurus.   My suggestion to everyone is plant the seeds on the new moon that support you for making needed changes.  Take your foot off the brakes as the energy builds up to May 20th, then use the energy from the eclipse to your advantage.   The eclipse propels Scorpio to tell Taurus, “Go on, you can do it.   Taurus get rid of your outdated ideas, beliefs, shoes, clothes, opinions, values, stuff’   Then let your DNA guide you.  Remember our DNA wants us to survive.  It is speaking to us every day.   We should remember, there have been countless plagues on earth. And our ancestors survived all of them.  We could not be here if it were not for something in our DNA that wants to survive.   Think of the millions of family lines that died out during the Black Plague.   And that was only one plague about five hundred years ago.   There have been jillions before and since.  And here we are breathing, eating, texting… we want to survive.

Speak to your DNA this cycle.  Let the Scorpio north node remind the Taurus planets to change for your survival.    A long time ago I watched a documentary on one of the many explorers trying to find the northwest passage in the artic.   One ship got caught in the ice and everyone had to abandon it.  They decided to take the belongings they could carry and the grand piano.   I kid you not, they carried a piano by foot across fields and barren wasteland of northern Canada.   Later when scientists tested their blood,  it was discovered they had lead poisoning from the canned meat.    But the image of people convinced that they needed to carry a piano over thousand miles of ice is one that never left me.  And when I think of Pluto in Capricorn, a frozen horizon is perfect.  Dear lord, let’s all stop carrying some stupid piano.   And if we don’t, Uranus will find a way to get to drop it.  Yikes.