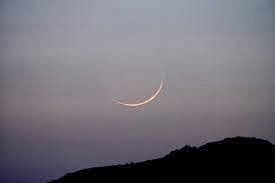 You will find my whole NewMoon report on MargaretWendt's website HERE .

Here is a snippet but go to link for full report:

The last sign of the zodiac is Pisces and it is the final water sign.   In Cancer the water is loud crashing waves pounding on the shore, emotions are big.   In Scorpio deep watery caves hold mysterious creatures and sunken treasure only accessed by depth seeking emotions.   In Pisces the mighty currents that swirl in large oceans pull on the emotions to float and glide.  Pisces starts its journey off the coast of one land and within a few days without much effort he arrives off the coast of a new faraway territory.   Having followed only the currents.  We learn how to observe currents during Pisces and how to go with the flow taking care to trust the journey but not get pulled into the weeds.   Perhaps the most tender of signs, Pisces speaks to us in our dreams, our intuition and our faith.  Pisces knows there is something greater than our little lives on Earth when we are willing to tune in.

As we have been discussing for the last few months we are in an extraordinary time astrologically speaking.  In April the tension will be great as Uranus/Pluto/Jupiter & Mars dig into each other.    For the last six months (since Virgo new moon)  we have been clearing out boulders that could be getting in our way because as stressful as the cardinal cross aspects can be they also can provide opportunities.    We use the energy of the lunar cycle to support any changes we need to make because as we know if we don’t make the changes, THE UNIVERSE WILL.  And arguably the one sign that speaks more to the will of the Universe is Pisces.

For twenty eight days, watch how you flow.  Are you going with a current? Or are you fighting it?  Why?  And there will be situations that float by you where you will say, “Not my problem”.  And for others, like salmon swimming upstream many of us will be guided to go down a stream that seems rife with complications but we just ‘know’ we need to be there.    Go inward find your inner compass and you will learn a lot about going with the flow.    Also, Pisces knows how to melt and dissolve.  What do you look like if you dissolve your pointy ridges?     What if you let your problems melt away and not give them too much energy?   Not ignore them but not empower them?    Explore the power of melting and dissolving this cycle.   Also, get lost in art and music.  Let it call to you in a profound way.

This Pisces New Moon we are gifted with a Sun/Moon in terrific aspect with Jupiter and a very nice aspect with Pluto.   Great.  Since Jupiter and Pluto are two of the warriors in April it is nice that they will be speaking to us during this cycle.  Jupiter brings doorways and bridges.  Pluto purges and unplugs. Drains that have backed up and been stagnant may suddenly get cleared.    Watch for openings and connections (Jupiter) that pop up during this cycle especially after a big emotional purge (Pluto).  Also in the mix is a Sun/Moon conjunction with Neptune, which is a benefit since Neptune is the planet that rules Pisces.  This is like the boss opening up his office and resources to help you and your department accomplish everything you want.  Being in synch with Neptune is a great blessing.  Watch the next 28 days for synchronicity and serendipitous moments. They are not an accident and ask yourself if they are pointing you into a new current?

CHIRON
The Sun/Moon are also in conjunction with Chiron, which can be a difficult process.  Chiron is like the movie Groundhogs’ Day. We wake up and seem to be doing the same thing over and over and over again.   In the case of Chiron in Pisces it speaks to where we feel out of control, at the hands of some force greater than us.  It brings out the victim and the perpetrator.   Chiron is half man half horse and Pisces is two fish swimming in different directions.  They both have a dualistic quality.   It is interesting that the Sochi Olympics were only a few hundred kilometers from the Ukraine protests.  As we know in nature the poison and the antidote are often near one another.  I must say I have thought a lot about Chiron in Pisces as we have been challenged by our new weather patterns. Anyway, for the next 28 days we may see patterns come up that need processing and healing.   Especially anyone who has planets at 10-12 degrees of Gemini, Virgo, Sag and Pisces.  And I would be remiss if I didn’t mention that the Cra-Cra will come out of the woodwork these 28 days.  Why wouldn’t they? It is Pisces, Neptune’s in the mix and Chiron is on top of the Sun and Moon—to the crazy that is “playball”.    When the crazy come out find your center and not get sucked into their vortex.   Remember trust!

go to link for rest of article
Posted by Tracy at 1:34 PM