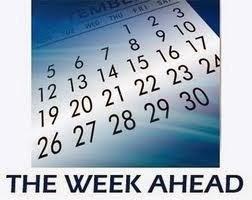 Monday will be in the last quarter lunar phase.  The phase started on Saturday and the emphasis is on philosophy and beliefs.

Focus on:
What actions can you take that speak to your philosophy and beliefs about your aspirations?  What do you believe about your place in society?  What are your opinions and judgments about your circle of like minded people and what actions are you taking to support those opinions?

Also on Monday we will be getting our weekly cardinal clusterf$%k.   As we have been discussing, for the next few months the cardinal moons are activating Jupiter, Mars, Uranus and Pluto.   The tension created by these four planets is of course palatable.   The moon hits a cardinal sign once a week and while the cardinal crosses are in effect the moon doubles down the cra-cra.

Watch what unfolds during Moon in Libra and the cross planets.  All in EST
Monday 8:50am Moon enters Capricorn
Tuesday 2:15am Moon square Uranus
Tuesday 6:20am Moon opposition Jupiter
Wednesday 2:33am Moon square Mars

Then on Tuesday we move into Balsamic moon.

And of course on Tuesday all eyes are on Jupiter square Uranus.   This is what I wrote about the Jupiter/Uranus  a month ago:

Then on Feb 26 Jupiter will dig in with Uranus.   Righteousness meets rebellion.   Globally it feels similar to the “Arab Spring” which turned out to be a whole lot of rebellion and overthrow but no real changes.   Jupiter can gloss over stuff and with Uranus ‘change for change sake’ could be at play.   I would caution against that path.  Instead dig in deep and learn (Jupiter) what is your emotional history (Cancer) and what are the changes (Uranus) you can make that will bring new paths (Aries).   Don’t just move the deck furniture around on the Titanic.

So, here we are ...Jupiter/Uranus  We can see rebellion and righteousness, turning the tables.  And bingo--- look no further than the Ukraine to get a sense of what is going on both globally and personally.    Let's see how this week plays.

On Friday we all get down on the earth and French kiss the dirt because Mercury turns direct.   Hurray, hurray…hurray.

And merciful lord has Jupiter in sync with the sun for some spiritual and family breakthroughs.   Pour something brown on ice and start sipping.

Saturday is New Moon.  More to come on that one.
Posted by Tracy at 9:07 PM