Raising the debt ceiling or not? 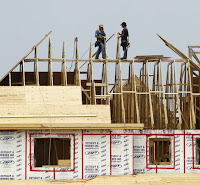 It took me a few days to write up the New Moon and during that time I was not plugged into the news. After I posted the article I gave myself the luxury of seeing what was going on. And it did not take me long to see something up in the air that speaks of this month's solar eclipse in Capricorn.

To raise the ceiling debt or not, that is the question?

On the Sunday Morning Shows, they were all talking about it. Austen Goolsbee, Obama's economic advisor, Senator Lindsey Graham (R), and Conservative Commentator, George Will all said the same thing---it would be catastrophic to the economy if they do not raise the ceiling on the debt. Basically, the United States would default. And if you think we are in a tough position now, you don't know pain when the USA has a bankruptcy sale.

So, what is the problem if both seasoned liberal and conservative politicians are saying..."No, no, no, we have to raise the ceiling."

The problem is the newly elected congress told their constituents that they are going to tell Washington to shove it and stop spending by....NOT raising the ceiling on the debt. Will they do what they said and vote NO? Or will they risk alienating the very people who voted them in by voting to raise the ceiling? Quite a pickle.

And perfect fodder for a Solar Eclipse in Capricorn with a Square to Saturn. I don't know when the vote will come up but I'm guessing it will be after Saturn goes retrograde later in the month. Good luck to all of us.
Posted by Tracy at 11:48 AM