A word on Tucson 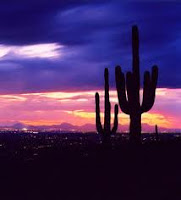 I am out of my comfort zone speaking about Tucson, right now, since it is an evolving story. But I can say it was very, very sad on so many levels.

We know that the shooting occurred when the Moon was in Pisces. It was not in aspect to the Uranus/Jupiter degree but of course the conjunction is an influence in general for the whole cycle since it happened on New Moon. Pisces is intuitive, highly spiritual, connects to both karma and darma, it is the sign directly connected to divine, for better and worst. It also is connected to those people who are 'unhinged'. Of course, the moon is in Pisces for two days every month and luckily something as sad as this does not always occur. Curiously, the entire health care reform has been tied to Uranus in Pisces. This week, Congress WAS going to begin discussion/voting etc of dismantling the program. Now that has been delayed by Saturday's events.

I like the rest of you was struck by what I learned about Congresswoman Cliffords. A moderate democrat in a republican district. By all descriptions she seemed to be well liked and was trying to make things work in a difficult environment. Does that not speak of Saturn in Libra?

And then little nine year old Christina Taylor Green. Where to begin? Born on September 11, 2001---every astrologer knows her chart. My son is 9 and I naturally know children born on that same date. A very sweet and super smart group of kids.

If you want to read more about the people involved and the astrology Lynn Hayes is posting information.

. It speaks to where many of us are feeling.

Many of you have offered help. There is little that we can do but pray for those who are struggling. If you are inspired to make a positive gesture, consider two organizations that Gabby has long valued and supported: Tucson's Community Food Bank and the American Red Cross.