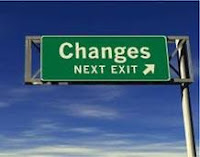 As we have indicated for some time here, change is afoot. Back in December when Uranus turned direct I said that we need to prepare for the new day in March when Uranus moves into Aries. However, I also indicated we would start see the changes prior to March because the direct motion would start things moving. Additionally, Back on New Moon and then later on the 1/16th I said that Jupiter would start to spin out some big things for us to keep our eyes out for once it moved into Aries.

If you have not been paying attention and godknows you are forgiven since we are all busy just trying to get through our days. But the riots in Tunisia and today's events in Egypt plus yesterday's bombing in Russia have got me seeing Uranus direct motion and Jupiter hitting some balls out of the park. Jupiter, by its nature is a benefic planet but he is so big he can aggravate. He is also in a building square with Pluto in Capricorn which is primarily why these riots and issues of civil unrest are in the news. More will come in Spring once Uranus gets into warrior Aries. But in the meantime, watch your own world. Where is the uprising? Is it your child? Is it your mother? Is it your neighbor? How about the gal at school that always seemed so nice, has she just lost it?

Breathe through it all but know that changes are coming. And a very big case can be made that 'change is good.'