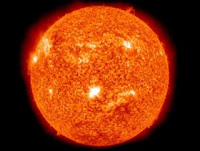 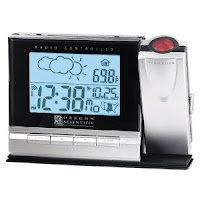 A couple days ago I saw a news blurb about solar flares.

The largest solar flare in several years has disrupted some communications, though it was not in the right position to create auroral displays visible from lower latitudes.

The flare, which erupted on Feb. 15, sent what is called a coronal mass ejection, or CME, towards the Earth. A CME is billions of tons of charged particles, mostly protons.
View Full ImageNASA
On Feb. 13, sunspot 1158 unleashed the strongest solar flare of the year so far. This image captured by Solar Dynamics Observatory (SDO). The flare was the first in a series that led to another on Feb. 15, which released a stream of charged particles towards the Earth, causing communications interference in China.

When the charged particles come close to the Earth, they are forced to move along the magnetic field lines, creating the auroral displays and radio interference. In a worst case, they can damage electrical systems-----
Read more: http://www.ibtimes.com/articles/114195/20110218/solar-flare-disrupts-radios-does-not-make-aurora.htm#ixzz1EWwJtmiF

What I find interesting about this report is that NASA says it occurred on the 15th and the part of Earth that was facing the Sun was China who bore most of the brunt.

All of this is odd to me because my husband's clock radio (seen above) is connected to the world clock and not set by him. A satellite speaks to that little box next to his pillow. On either Sunday or Monday we both looked at the clock and it was off by an hour. I said to my husband, "solar flares." And we do not live in China.
The same thing happened last fall and I believe we lost our time and again a day or so later we learned of solar flares. We're all connected by the giant spiderweb that is in space. Makes me want to dust off my native American lore about spiders.
Posted by Tracy at 11:40 AM