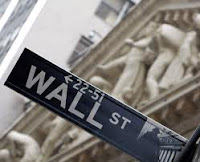 David Crook who I enjoy posted his own take on the Wall Street protestors this weekend.

Here is a snippet:


The Occupy Wall Street protest which began Sept. 17 could be the match that lights the fire of an American revolution linked to the formative Uranus-Pluto square. This epic planetary alignment was sharply focused in the US capital at the 9/27 Libra New Moon. But perhaps more importantly- the transiting Uranus/Pluto(midpoint) is activating the 1965 Uranus-Pluto seed chart that embodies the radical ideas and energies of this mundane cycle now at it's 'crisis of action' phase- the waxing square.

The first of the three Uranus-Pluto conjunctions occurred at 17 Virgo on Oct. 11, 1965. The Ascendant in Washington, DC = 18.53 Aquarius. Transiting Mercury, the messenger, conjoined 17 Virgo on Sept. 18, 2011 as the Occupy Wall Street protest movement was birthed. Also relevant, was the 9/29/11 Venus-Saturn conjunction that hit the antiscion(shadow/mirror point) of Saturn's 10/11/65 position- and Saturn rules the 1965 Uranus-Pluto seed chart Ascendant(19 Aquarius).

The Oct. 11, 2011 Aries Full Moon opposes Saturn(checks and balances) in Libra, the sign of social justice. At that time the Uranus/Pluto (midpoint) = 18.29 Aquarius. And as Pluto only recently went direct, while Uranus is retrograde until the Dec. 10 lunar eclipse, this powerful midpoint is moving slowly backward toward President Obama's Ascendant- but will not exactly conjunct. President Obama's (8/4/61 at 7:24 pm, Honolulu) natal Ascendant = 18.09 Aquarius.

As an astrological principle, Uranus/Pluto represents "The process of transformation. The collapse of the old order of things, the construction of the new. Revolution." (Reinhold Ebertin) Therefore, President Obama with his Ascendant at 18 Aquarius, is a major player in the expression of these collective energies for radical change and upheaval informed by the current Uranus-Pluto square. And it definitely looks like the spirit of revolution has finally awakened here in the good old US of A.Transiting Mars reaching 18 Leo (-180- 18 Aquarius) on Oct. 20 is a timing factor for important mundane events linked to the Uranus-Pluto world aspect.
Posted by Tracy at 9:32 PM