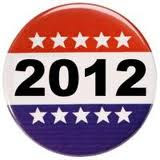 Thanks to Mary Plumb over at Mountain Astrologer who pointed out Adrian Duncan's article on his website World Astrology He has taken a look at Obama's chart and the chart of the US and November 4, 2012. It is an interesting read and I encourage you to go to the link and look at it, basically he feels it lines up for Obama to be re-elected. But what I found most compelling was how he wrapped up the article.

But whoever becomes president of the United Stateson Americafrom January 20th 2013 to January 19th 2017 is not to be envied, and here’s why. The progressed Sun of theUSA moves in square to its Uranus progressed at the end of 2011, and will make the exact square to radix Uranus at the time of the November 2012 election. There is going to be profound discontent amongst the people at the time of the election. This politically polarized country will become more and more difficult to rule as President, and civil disobedience will be on the rise. What makes this really serious is that transit Uranus will also square theUS Sun from April 2014 to February 2015, simultaneously opposing the US Saturn in Libra – Congress. Pluto is of course involved too, and will oppose theUS sun from March 2014 to October 2015. This is quite catastrophic for the President and Congress, and theUSA will become ungovernable at this time.
Posted by Tracy at 6:22 AM