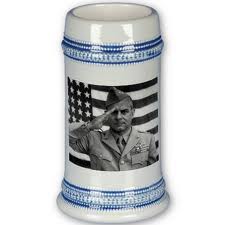 The news of late is of course everything Petraeus, everything FBI and everything CIA.   As I indicated in my Scorpio New Moon post I thought the whole mess was perfectly –Scorpio.
Both Petraeus and his girlfriend PaulaBroadwell are Scorpios and apparently capable of living up to the more shall we say prurient Scorpio reputation.     Anyway,  I was prepared to put this whole silly stuff into the white noise category of my brain until today, when what seemed to be let’s-double-down-in-cuckoo -day another general, General John Allen, a Sagittarius  had his emails collected by the FBI because there was some concern about the nature of his  missives to Jill Kelly, a Capricorn and event planner in Florida  who is the same person involved in the whole Petraeus stuff.     I know we  need a play book to follow all of this action.


But putting aside the reality show patina, I still felt my brain go ping, ping, ping…. "Something is going on here...hmm...what is it I am feeling?  What is it? "

Two generals are challenged by the FBI in one week?
Then I started thinking about GeneralMcChrystal  (Leo) who back in 2010 gave a very candid article in Rolling Stone Magazine and was asked to resign after he basically said unflattering things about a lot of people including Vice President Biden, another Scorpio.


So, as I was pondering all of this stuff  and the thing banging around in my head and then I realized it....


Aries is a military sign.      Uranus began poking around in Aries in 2010 right when McChystal got canned.     Uranus is the planet of upheaval.   Not small changes, big ass changes.  Like I said Upheaval.


But what started with a general getting lippy in 2010 has now turned into something much more intense.  “ Did someone say intense?”   That would be Pluto in Capricorn.


And if those in charge of the FBI and CIA think they are removed from this kind of upheaval and it is only a military issue, well they are VERY misguided.   Pluto rules both FBI and CIA and Uranus is b’slapping them back.
There is a tie in right now  to the aspects between Uranus & Pluto between 1963-66.   J. Edgar Hoover was in charge of the FBI then and he made it his business to gather material on anyone famous, both Hollywood and Politicians.   As much as he might have suggested he was doing it for security reasons, the test of time has proven he did primarily to blackmail powerful people.  Yes a first rate d-Bag.  And now we are revisiting these behaviors again as FBI goes poking around where it probably has no business poking.
In the meantime, I will need Excederin to get through these types of news cycles until 2016.