Happy Winter Solstice!   Here we are the first day of winter and may I say, "Fall, don't let the door hit your ass when you leave."   That was one skanky fall and I'm glad to see it end.

Three hours after winter began,  the country took a moment of silence for the twenty six killed in Sandy Hook one week ago.   The horrific actions of December 14, 9:30am cannot be over stated. No one is forgetting it any time soon.    I was sadden by the boom of assault guns sales the day after this horrible tragedy for fear of "Obama is taking my guns away."   And yeah, that is the Obama born in Kenya and is a Muslim.  Sigh.   The fringe.

More than half of the senate has insisted on remaining  mum on the subject of gun control until AFTER the NRA makes its statement later today.  Wow.  No one standing up,  one way or the other,  they are waiting for the NRA to tell them the way the wind is blowing.   Twenty dead little six and seven year olds shot a dozen times each.  Who exactly can sleep at night thinking about those little babies?  And half the senate refuses to say something about guns?   They are completely missing a morale conviction. They are about self preservation.    They fear the fringe will replace them.

On the Solstice chart Saturn in Scorpio sextile Pluto in Capricorn square Moon in Aries---is pointing the arrow toward cowards.  Ppoliticians who remain in their little corners hiding from the big bad wolf which should be their conscience because they are afraid to speak for fear of the fringe element--well, Pluto Square Uranus is not going to be kind to that behavior.

This is the chart not just for the day but the chart for Winter.    Will the YOD take over for the next three months?   Will Jupiter get us to where we need to get?   Will Pluto & Saturn push him there?   Jupiter in Gemini when it excels, cuts a lot of slack and can find something good everywhere it looks.  One thinks of Will Rogers famous line, "I never met a man I didn't like."     Jupiter in Gemini  can take a lot of disparate energies and weave something big out of it.
Assault weapons, violent movies & video games, mental health ---will the YOD prevail and bring all of these together for over haul and rebirth (Pluto)?

I believe YES.   But I believe it will not be pretty.   Bargaining with extremists is no longer tolerable. Who is going to stand up and say, "I'm done being afraid, I'm going to stand up and get something done."  And yes, you may piss off some of your base but Jupiter in Gemini is saying, 'we are bigger than our ideologies." 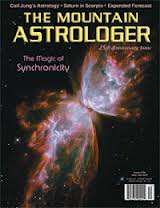 And finally,  here is a little something for the end of the world....sort of,  since we'll all be here tomorrow.  Still pissed off no doubt.