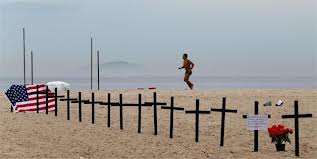 Thoughts on the last few days…..

Like the rest of the nation (and world) my thoughts have been about Newtown CT.  What is to say that hasn’t already been said?  Innocent children gunned down by a disturbed young man for what reason?   I dunno.   We don’t know.  Will we ever know?

Astrologically there are charts drafted for the event.  I already posted one link to Lynn Hayes and you can also find chart information HERE and HERE.

But I have been thinking a lot about my new moon article that I put up a few days earlier.   On Friday we were still  in the new phase of this Sag lunar cycle.  During the New phase we start something.     How does it fit in than environment?    Well, Sagittarius is the sign of the education and teachers.   The connection is clear.   Sag (& Jupiter) rules things that are international.   The response by the world to the events in Newtown has been great.   Something has started.   I don't know about you but this one feels different.   20 children at ages 6 & 7..those numbers will not fade with time.

On New Moon I wrote of this 28 day cycle:

This is not a time to beat our selves up, for god sakes, it is Sag cycle not Virgo, but we need to access what is the truth that is beating inside of us that is not being realized.

Like I said, Uranus shakes things up.  So, now given Uranus the planet of change turns direct within a few hours of Sag –do you think Uranus is getting our attention?  Yep, me too.    And if you think you know what needs to be your goals you may be surprised.   In fact seriously, prepare yourself to be surprised if during this 28 days you find yourself with a new drive towards something you never considered. ……………..

Jupiter is the bridge planet and he rules Sag.  How curious that on this Sag cycle we have a YOD with Jupiter as the trigger planet.  A yod is called a Finger of God.  Or Finger of Fate.     You can read more about YODs here:
http://sisterrayastrology.com/power.htm

But what is most important for you to know is that the serious business of bridging, changing and above all expanding is paramount this Sag cycle.

There is a lot of subtlety this Sag lunar cycle.   Which is amazing considering Sag is not particular subtle.   But there will be switches going off with many of us that will point us in new directions.   And given it is Sag I can actually say, “right” direction.    Yep there is a right way and a wrong way to do much and now in this cycle where Uranus will shake us up and the Galatic Center is speaking to us and the Yod with Jupiter guiding us, we are all being asked to stretch, grow and put ourselves out there to use common sense and go for stuff that is right and true and in our heart.

For those of us living a life that is half measure and full of excuses to stay small---well like the Maya Calendar, that life is over.   If you insist on living small into this new world that we are clearly in, then you do it at your own peril.  For the rest of us, we intend to be what we were put on Earth to be.    We are not selling out and taking crumbs.   Together we say, “Thank you, Jupiter for guiding us”………

Those of you who follow me know that I don’t give too much to the Maya and their calendar’s closing days.  One of the reasons why I don’t give them much is because of their practice of child sacrifice.   My thinking has always been, “ You guys knew a lot about astronomy  BUT you still threw small babies off cliffs?  Screw  you.”
But as my mind circled the events of this weekend I had a cold feeling---did we sacrifice our children on Friday to our gods?   The gods of money and self interest groups?  The gods of a blinding righteousness of our liberties?   Or worst of all,  the god of ‘indifference?”

And then I thought of names.    Sandy.   First Hurricane Sandy and now Sandy Hook.   Both of them brought out Mayor Bloomberg who after Hurricane Sandy said global warming is real and screw the climate deniers and their candidates.  And now Sandy Hook and he said screw the NRA’s talking points, where basically Bloomberg said  “we are better than that.”    With Hurricane Sandy it was New York and New Jersey.   With Sandy Hook it was New Town.      They are just names and for every thought I have that says ‘it is just a weird coincidence’ I also am left with a desire to connect the dots.
What is sand?  Small granules that once were mountains.    Sand when mixed with other substances makes concrete, when it is heated it makes glass.    One strong and one clear.      Besides New York, New Jersey, NewTown….is it a New Day or New Time?

We know that we are in a period where Uranus and Pluto are at war with each other and it demanding changes and transformation from all of us.  And here a few mere hours after Uranus went direct Sandy Hook occurred.       Pluto is death WITH rebirth.    Out of the ashes comes the phoenix.    Do not be fooled by people who say nothing will change.     It is a new day.