Ray Merriman on The Fiscal Cliff 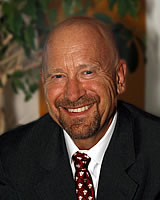 Financial Astrologer Ray Merriman has a terrific site that I have pointed out to all of you many times.  Naturally, in these times of post election and the american zeitgest needs another tsunami to focus attention on, all eyes are on the Fiscal Cliff.

I am not sure what I think about it all right now. I have gotta poke around and look at some charts. But here is Ray's take.


Short-Term Geocosmics and Some Longer-Term Thoughts


The current critical reversal zone is not over yet. On Sunday, December 2, a very important geocosmic signature occurs, known as the Sun- Jupiter opposition. This is one of the most significant of all trading signatures used in Financial Astrology for timing stock market turns. Within an orb of 10 trading days, this signature has an impressive 50% correlation to reversals in 50-week of greater long-term cycles! It has a 75% historical correlation to primary cycles within 10 trading days. This is huge (but then, so is Jupiter), so what does it say about stock indices as well as the government’s ability to resolve the “Fiscal Cliff?” It provides a unique insight, in my opinion.


First of all, let’s consider my own bias, which is that the White House and Congress will not come to an agreement by Christmas, despite President Obamas proclaimed “wish” to get the deal done by then. To me, it is amazing that investors took that statement as a reason to be optimistic on the lunar eclipse of Wednesday, November 28. The DJIA had fallen over 100 points in the first hour of trading before the ‘wish” was pronounced. Then it rallied to close up 100+ points. Everyone “wishes” to get a deal to avoid the “Fiscal Cliff” by Christmas, which really means by Friday, December 21, so lawmakers can take the extra-long holiday vacation this year. In other words, no one wants to hang around Washington DC after December 21. If they don’t get it done by then, they probably aren’t going to get it done by January 1, which means a boatload of new taxes and spending cuts will go into effect that many economists predict will push the USA into a sudden and sharp recession. If the USA falls off the cliff, so will the rest of the world, for Americans are the biggest consumers on earth.


But back to the issue, and the Sun-Jupiter opposition. Every day that gets closer to December 21 is a day in which angst will increase, and so will the blame. Every day closer to December 21 is one day closer to the probable “rush to exit” by investors. As we approach December 13, the panic to exit stocks will probably increase greatly, and the sell-off (once started) will build momentum, for that is the date that Uranus turns stationary direct. And when Uranus is highlighted, there is no bottom or top to the market. Uranus has no respect for support or resistance. It likes to be in “breakout” mode, especially as it is already in its powerful waxing square aspect to Pluto. Thus, failure to make a new high next week would mean the Sun-Jupiter correlated with a crest this past week, and the selling pressure will start in earnest. Even if it does make a new high early this coming week, selling pressure could start up at any moment, absent an agreement from Washington.


Now, in case my bias is wrong and there is an agreement, then stock prices could soar into a crest around December 13, +/- a couple of days. Uranus would be wildly bullish. But then reality would set in and traders and investors alike would realize that there really is no fundamental tax reform in effect that is needed to truly stimulate the economy by creating new jobs, and bringing about a reason for higher wages. That – and only that –will create the revenues the White House seeks to make a dent in the debt situation long-term.


So it is possible the “Cliff” is averted, but the “can” is still being kicked down the proverbial road on what is really necessary to change. And Saturn is in Scorpio through 2015, along with Uranus and Pluto in waxing square. In other words, the “Day of Reckoning” (Saturn in Scorpio) is still coming, and with it, there may be one more meltdown ahead before the financial system’s foundation is seriously rebuilt for long-term sustainability. And the cause of that meltdown may not even be in the hands of the USA. It seems to me that it is more in the hands of Europe next year, which is a subject covered in great detail in the Forecast 2013 Book, due out shortly.