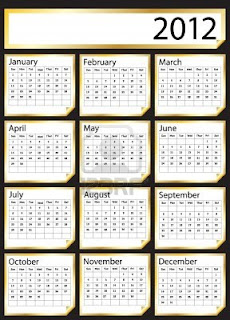 Mary Plumb put up a nice piece on the end of 2012.   She posted on 12/10 but I just now read it.  I wanted to share with you.   You can go to Mountain Astrologer Website for the whole piece.  Here is part of it.

Although I don’t really understand it, my capacity for mythic imagination is touched by a modern interpretation of Mayan cosmology, whereby the Sun, the essence of the masculine, is crossing into the dark rift, the deep feminine center of the Milky Way, whom the Maya saw as the cosmic mother. (As the good people at NASA remind us, the Sun is 28,000 light years away from the Galactic Center, so the Sun will not literally fall into the dark rift. But, if you just heard about the Sun falling into the dark rift and bringing our entire solar system with it, that could be cause for anxiety.)
We know change is everywhere — invisible and subtle sometimes, and also with enormous and blatant display.
Although everything counts, so I’ll just mention a few current planetary aspects as markers of this time in the calendar year.
Saturn’s first exact sextile to Pluto is on December 26. (The aspect will be exact again on March 3 and September 20, 2013.)  I find this an omen that we might be demolished and reconstructed — on whatever level or in whatever area there is a need — with a hint of gentleness and ease. (This is the waning sextile in the cycle that began with the conjunction in 1980; the waxing square was in 1993-4; the opposition in 2001-2, and the waning square in November 2009 through August 2010. The transition in the calendar year between 2009 and 2010 was accompanied by the waning square between these two planets.)
Perhaps we are in a time where the experience of being at the abyss, i.e., “the bottomless gulf, pit, or chaos of the old cosmogonies,” is becoming familiar and the moments for creative acts, resurrection within despair, the compression of death and rebirth into one easy flow, and the alchemy of transforming perceptions accompanies every step we take. (4)
And there’s Saturn’s trine to Neptune guiding us also across the end of 2012. This aspect forms exactly between October 2012 and July 2013; these two will not form a trine again until 2036.
There is a Sanskrit word, sav karuna, which means self-compassion — the practice of diving deeply into our own hearts towards compassion for self that then might be extended to others.
Saturn-Neptune suggests engaging with the invisible worlds, feeling the space between thoughts, cultivating our unique artistry, finding a pathway that is inclusive and spacious enough to hold our wildest imagination and aspirations.
I had a Saturn-Neptune moment the other morning. I was just awake from a series of dreams. My first conscious thought was, I don’t want to open my eyes; it was such a deeply contented state. (And unusual for me as I usually bound from bed several hours before dawn to go out and look at the sky.)
Sometimes the instruction to choose between fear and love is obvious and easy, but Saturn in Scorpio can also bring an inquiry into the contours of fear. Saturn is an anchor, and in Scorpio it suggests that ongoing openness to Scorpio motifs might keep us steady on the path. The sign has countless correspondences, of course, but the connection to that which is hidden, denied, or uncomfortable in the feeling life is an edge that we can notice.
The process of going back into the muck, into what is stuck or afraid, the experience of contraction, is a step toward the greater expansion that will inevitably and naturally follow. Staying open and vulnerable right at the edge of our defenses can be a practice itself, and the circumstances of our lives can change.
I watched a video about 2012. (4) My favorite part was an Indian gentleman, whose name I missed, who said: “Sprinkle some spirituality into whatever you do; be a sane person in this insane world.”
Have a great week everyone.