At the end of January Mars Retrograde 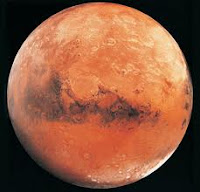 I don't know if you guys noticed but at the end of my Capricorn New Moon article I indicated that a few hours after Aquarius New Moon launches on January 23 Mars turns retrograde. Mars retro happens every couple years so it is not exactly a unique experience but the fact that it is happening on new moon is very notable.

Usually with Aquarius we are searching for like minded individuals. We are trying to find a tribe that makes sense for us. At the same time we are finding what is unique about us. The fact that Mars is going retro in Virgo steps on that tribal energy and our unique energy. Perhaps we have forgotten what makes us unique, perhaps we have forgotten to look for like minded tribe? Whatever, Mars does not like being in Virgo in the first place. That is way too much focus on details and minutia than Mars enjoys. But we have been discussing for awhile that we are going to be processing out our details for much of 2012. Remember, Mars is normally in a sign for about six weeks. But in this case, Mars went into Virgo in November 2011 and it will stay there until July 2012. You think someone is trying to get our attention about details?

There is no place to be sloppy in 2012. I am sure a lot of people are going to use the Mars in Virgo to get their health and diet in shape. They will really fine tune their calendars and make sure they are not wasting too much of their valuable time. There will of course be some people who will get squirrely since Virgo has a high level of nervous and insecure energy. Mars is not great when he is insecure. Ha! That is the understatement of the century.

Anyway, I'm bringing it up now so that you can get your head around what is coming up at the end of January. I will discuss it on the Aquarius New Moon but I would like it to be in your zeitgeist now. Just to think about.

Here's a nice write up I found for you by Lynn Koiner over at her Astrological Research site. Go to the link for the whole article.

From JANUARY 23 through APRIL 14 2012, the planet Mars will be in retrograde motion. This period is inappropriate for activities requiring the normal flow of Mars initiative. Using the constructive aspects of these transits, it is an excellent time to reinforce some aspect of our lives. This will be shown by the House position of this transit.

When Mars is retrograde, it depletes the vitality so that it is never a time to initiate. Whoever initiates loses— a new project, a great love, an argument, a lawsuit, or an international war. With a new project, it will fizzle out and never really go anywhere. With a hot romance, it too fizzles and it rarely gets to the alter. With an argument, the hostility will come back to haunt you later. In legal matters, stoke your opponent into initiating the lawsuit first. It will be etched in granite that they will lose. In an international war, whoever fires first will automatically lose or ultimately withdraw. Matters commenced while Mars is retrograde will be frustrated and plagued with disruptions until they finally fizzle out. At this time, people become irritated when activities do not run smoothly. The anger may disrupt indirectly and inappropriately – like getting a traffic ticket when you feel annoyed with your job.

During this cycle, never buy anything mechanical unless it is heavily insured! Office machinery and computers easily break down. A friend who owned a word processing service found this period to always be a disaster. During one retrograde cycle, the printer, the back-up printer and the rented printer all failed to work. When they finally got one that worked, the mailing labels printed but there was no ink! I often notice that the world needs a brake job when Mars in retrograde.Go HERE for more:
Posted by Tracy at 12:20 PM