My Birthday Present to YOU! 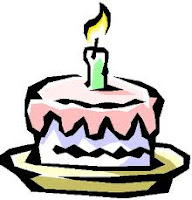 If you don't know much about asteroids, then you might not know about Pallas Athena. Pallas Athena was Jove's favorite daughter. She was spun out from his head. Gee, wonder why she was his favorite? Anyway, she gave the people of Greece the olive tree and in appreciation they named their largest town in her honor, Athens. The Romans by the way called her Minerva.


Wherever you have Pallas Athena in your chart, you have a warrior. But not an in-your-face-I'm-going-to-get-you warrior. That would be Mars. This is a cool warrior. Not emotional, instead a warrior who relies on intellect. Almost always able to see the big picture and knows how to use strategies and mart logistics to conquer any issue. Interstingly, Pallas Athena's number one trusted animal is the owl and they aren't called Wise Ol' Owls for nothing!

A good write up on Pallas Athena and how it manifests through the sign and the houses is over on Bob Marks website.

Currently, Pallas Athena is in early Aquarius. Not too far from my own Venus. Perhaps that is why she is calling me of late.

If you want to find your own Pallas Athena and other asteroids, I stumbled upon this nice website for you. It is run by Molly and I don't know which Molly but I appreciate what she has put up. check out StudyAstrology

Now why all the noise right now on my birthday about Pallas Athena? And more importantly what does it have to do with you?

First of all, Sagittarius when it is being calm and reasonable is one of the wisest signs of the zodiac. Maybe actually THE wisest. And intellectually, one of the smartest signs of the zodiac is Gemini. So, this weekend we have got a big ol' full moon in Gemini. Will we be smart (Gemini)? Will we be wise (Sag)? Even when emotions get stirred up which is typical on a full moon?

Adding to the pressure is of course Uranus turning direct later today. I suspect even the most staid individual will have a Fellini scene or two in their lives this weekend. Not sure what that means? Well, listen to Nino Rota right HERE and imagine it as your soundtrack this weekend.

And what about that gift I promised?


About a month ago I saw something on Huffington Post about owls that was so sweet that I forwarded it to a few friends. They too thought it was darling. Since then I keep seeing owls, in cards, in art work, everywhere I look I see an owl. What I think is funny is that even the short hand for Occupy Wall Street movement is OWS. Which is so close to OWL. Like I said, I see owls everywhere. Back to the point of your gift. Please watch the video below. I hope it will inspire you to find your wisdom and be smart. And of course I think it will make you smile. I just wish it had Nino Rota music.