Time Magazine Person of the Year 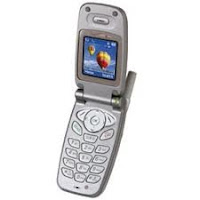 I was humored this week when I heard that TIME Magazine put "The Protester" on their person-of-the-year cover. I thought that was perfect especially given Uranus has turned direct and is now heading for his first tangle with Pluto in June. Clearly we'll see more of those cover gals/guys in the coming month.

However, to me, I think TIME missed the mark, the image of the protester should have been on a cell phone. Because THAT is the real point of 2011 and our future. The cellphone which naturally feeds into Twitter, FB and other social media is the real tool in the arsenal of Uranus versus Pluto. The old adage coined by House Leader, Tip O'Neil---"All politics is local" is more true than ever in the age of Twitter.
Any beef anyone has with big business, big government, hostile regimes, horrible working condition, abused animals....all of it will be televised. Local beefs will be seen by the world.

The fissures and cracks of Pluto in Capricorn are real. Business as usual is no longer working. Sure, we all get up and do what we have to do every day of the week but under it all we know something is 'off'. Uranus in Aries calls for independent thinking and breakthroughs. Uranus is also new technology. Pluto moved into Capricorn in 2008 when the stock market began its slow move down, down, down. As we approach year four of this financial crunch the frustrations are more and more palpable ----in all corners. Now as Uranus and Pluto move to a full on fight in June we will be seeing more and more of these frustrations televised on the social media closest to our finger tips.
Posted by Tracy at 9:14 AM