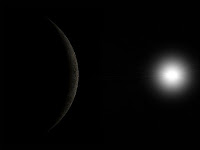 Mercury Turns Direct Tuesday September 29 6:13am.
Let's all say it together...."Thank gawd that is over!"
I don't know about you but I have been slogging it out so much in the last three weeks that I gave up even thinking life could ever be easier again. I have had a trillion miscommunications. Forgetfulness, missed calls, bad cell phone issues (AT&T sucks) people thinking that I am deliberately doing stuff (that I am not doing) overall causing hurt feelings everywhere. And even I felt my own feelings get a little pinched and that doesn't happen often. And all of it can be placed at the feet of effed up Mercury retro in Virgo. I might as well have asked for my teeth to be drilled with a ball point pen.
But having said that I also think there was stuff sitting under the surface bugging me and others that finally got addressed this last month. Stuff that just needed to be talked about or if not talked about just finally fixed! I love when long standing wrongs get righted. I feel like the docket has been cleared and now there is space for something new to begin.
And together we say, "Amen!"
I am
Posted by Tracy at 6:39 PM