Note to self: Timing is Everything. No really, "Everything!" 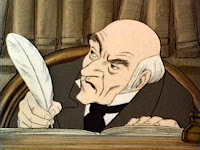 I know that you can't draw a huge astrological connection here...but when I read this article I thought how perfectly PLUTO SAG VS PLUTO CAP. Evidently on November 1, Donald Peters walked into his local convenience store and prebought several lottery tickets for drawings that would take place during the next month. Included in his purchases were tickets for the Dec 2nd lottery.
After he made his purchase, placed his tickets in his pocket, returned home and tackled some yard work---he promptly died of a fatal heart attack.
Man dies of heart attack, as sad as that event is for a family it is not exactly news. However, in Peters' case the news is that his prebought ticket for the December 2nd lottery was a winning ticket. A big winner---10 million dollars!
His family is now completely taken care of for the rest of their lives. Truly a gift of security from the other side. But what struck me about this story is that when he purchased the ticket Pluto was still in optimistic and boyant Sag but when the lottery actually took place, Pluto had moved into cold, conservative and scrooge-like Capricorn. Of course one should not scoff at security and SECURITY is a big Capricorn word so, in that case, Peters ticket is a huge blessing. But even his own son said that if his father could have said something about having the winner after he died it would be ---"figures"... My guess Peters probably has a Saturn conjunct something in his chart!
Go here for more of the story: